Of course there is also a little shop on the train and surely they also sell special drift ice beer! 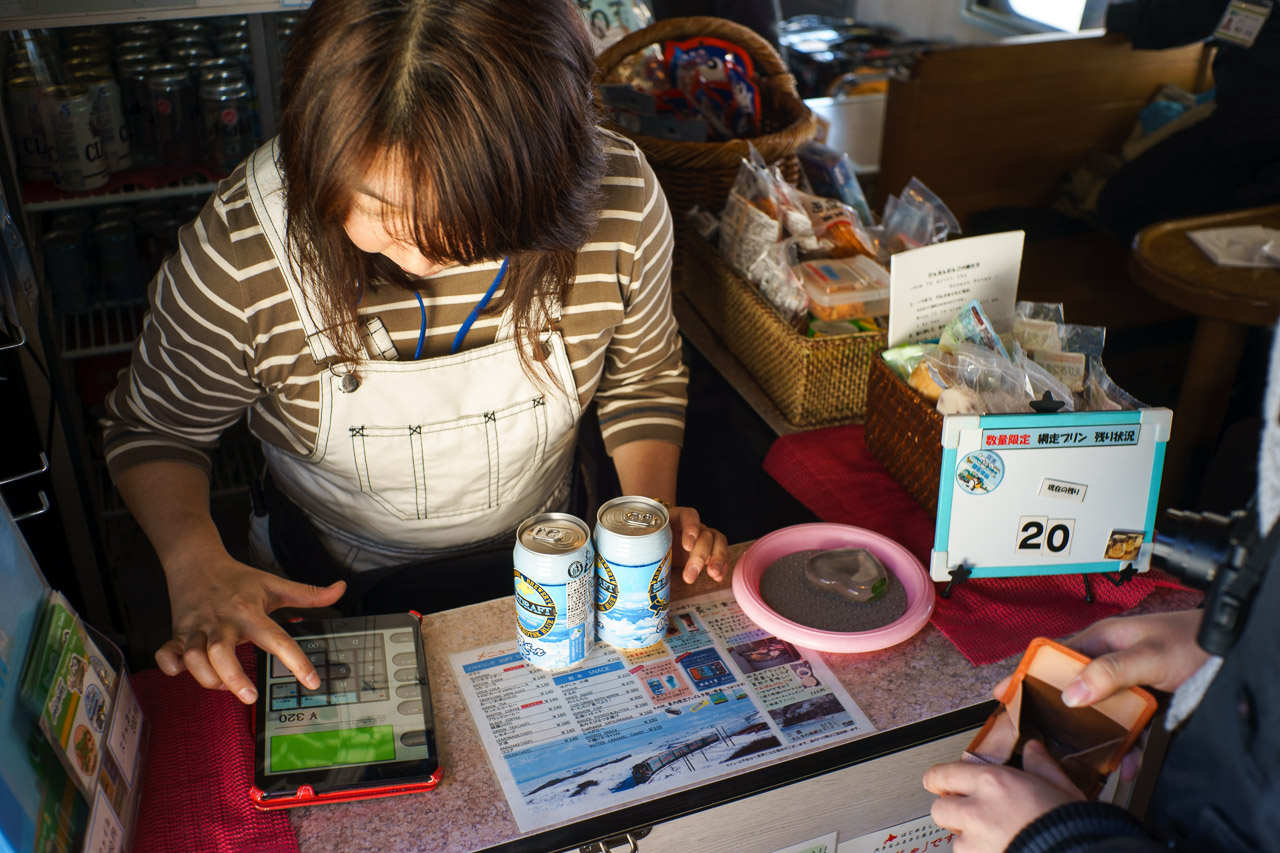 We got some regional pudding to go along with it.. 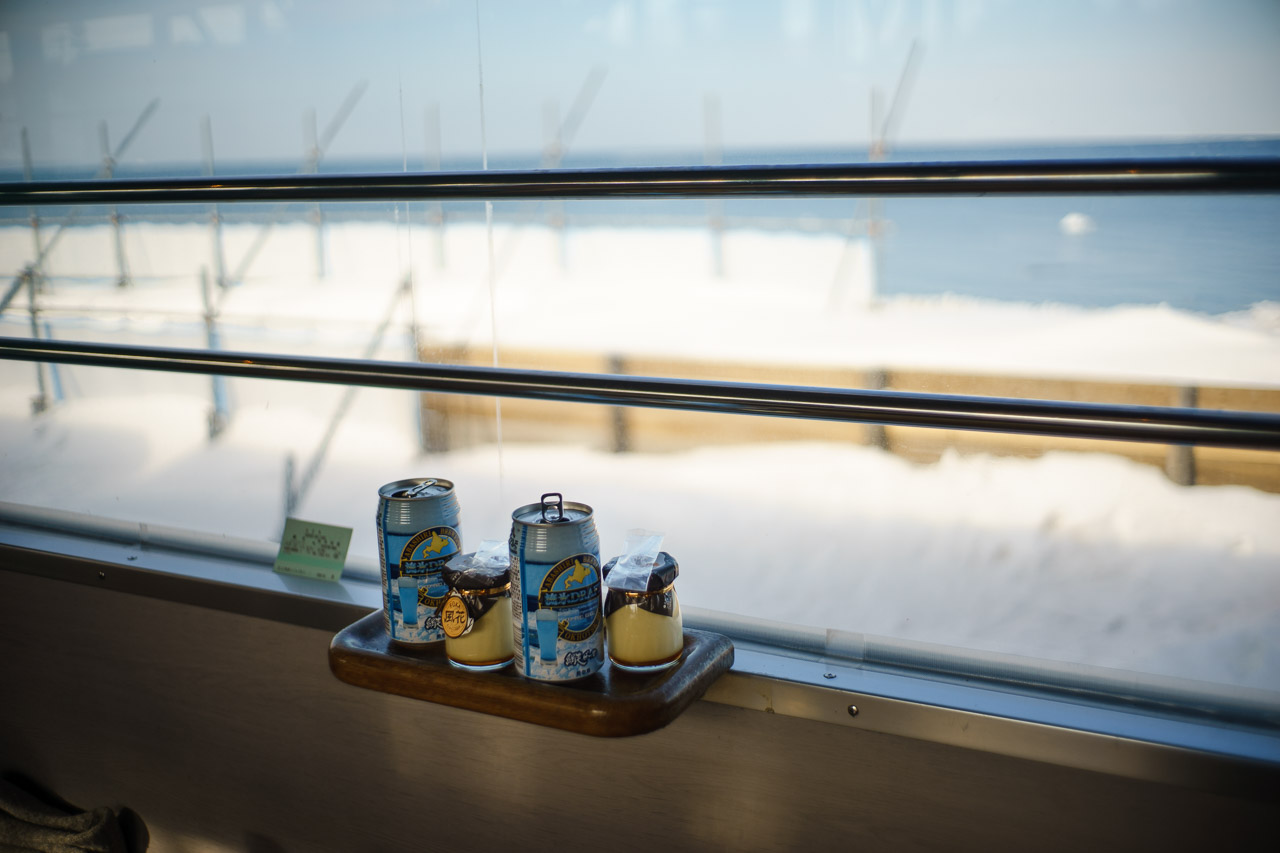 The train stopped a few times for roughly ten minutes to allow people to get out and take some pictures! 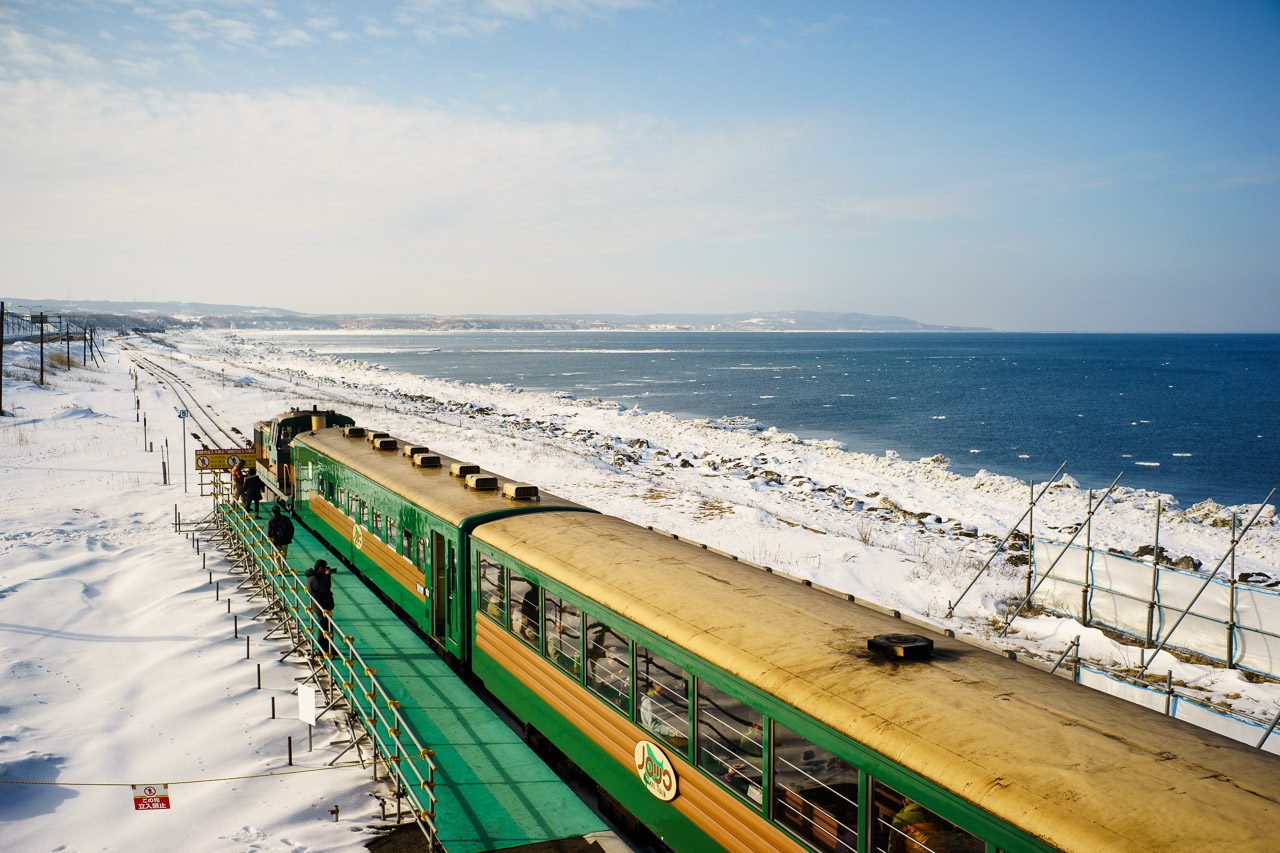 Some train stations were really interesting, with greetings and business cards all over the place.. 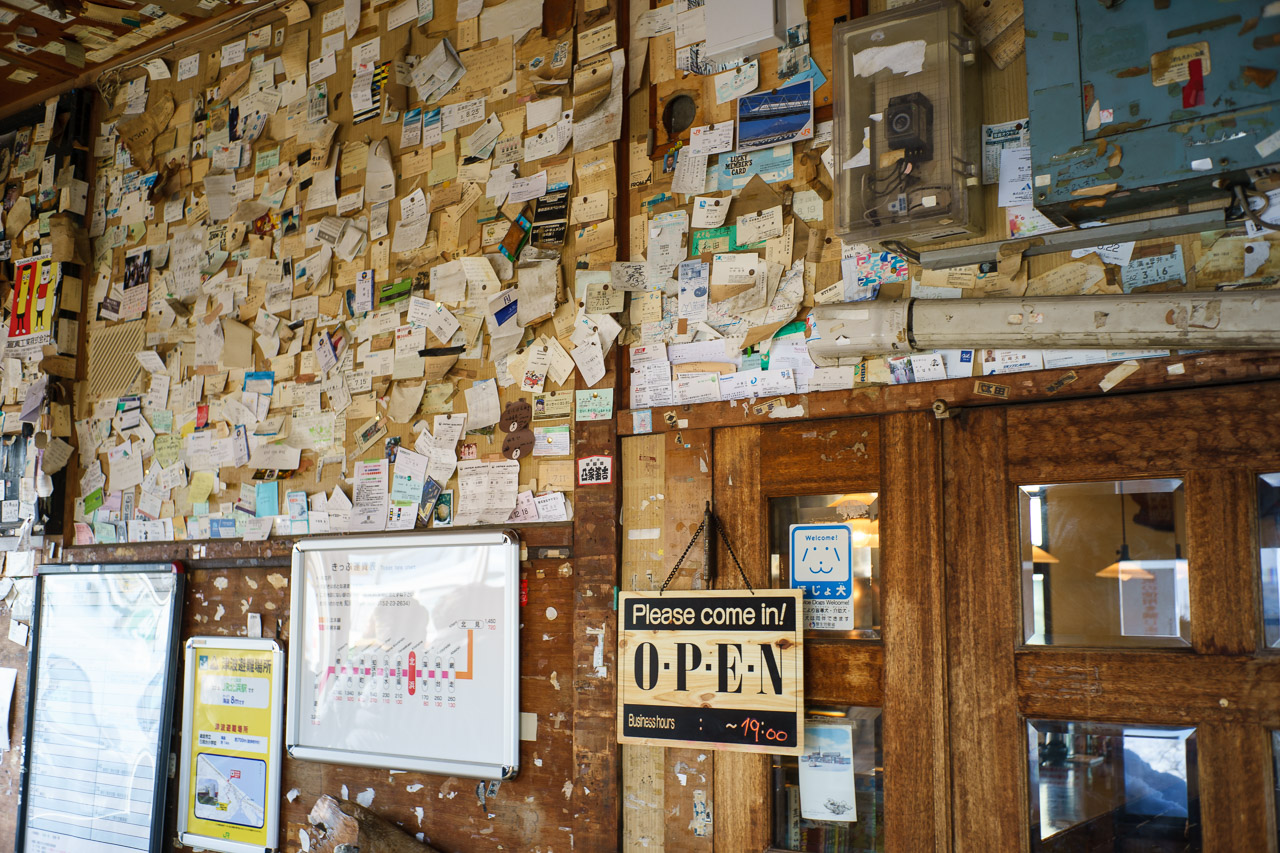 The little shop on the train sold out very quickly! 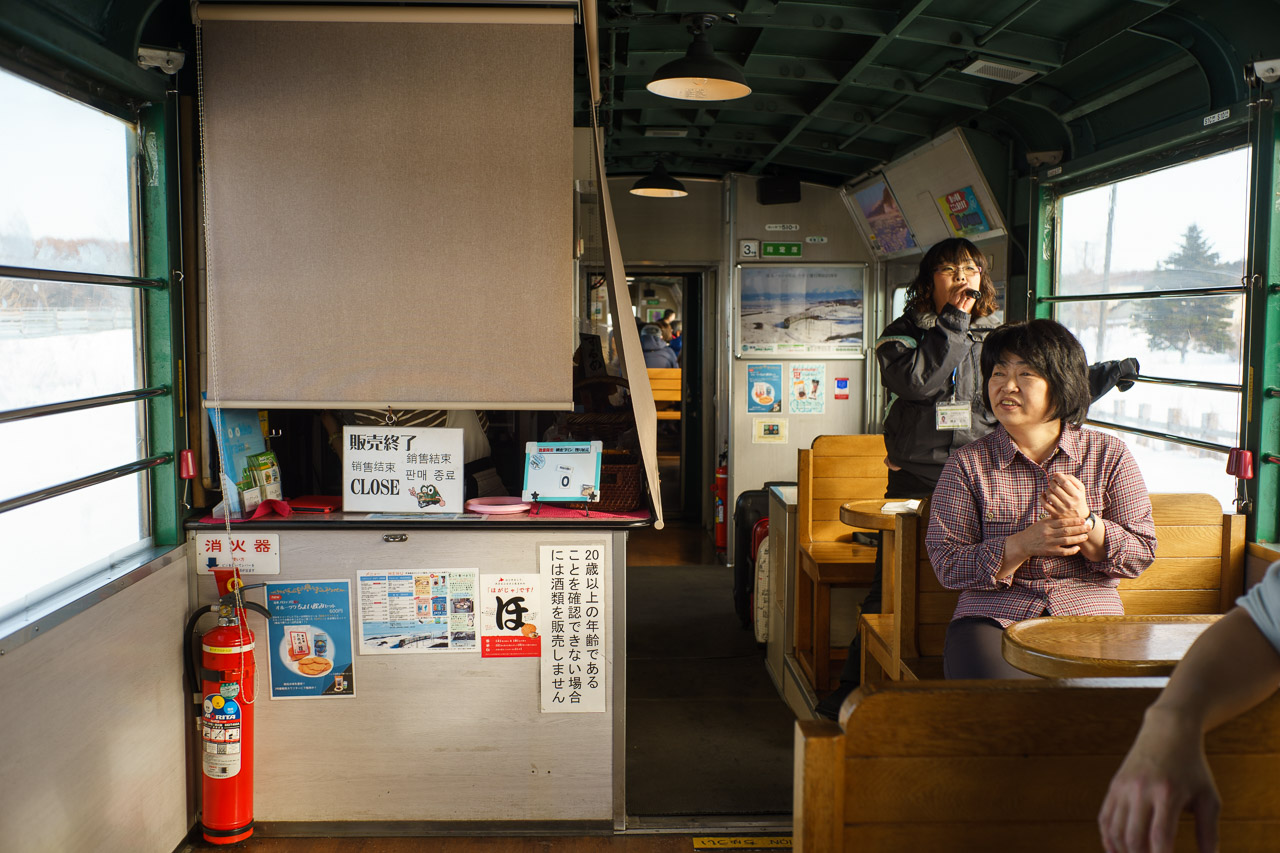 As you can see on the right, there also was a guide on board who told a few interesting facts about what we were seeing. We saw a few foxes as well! 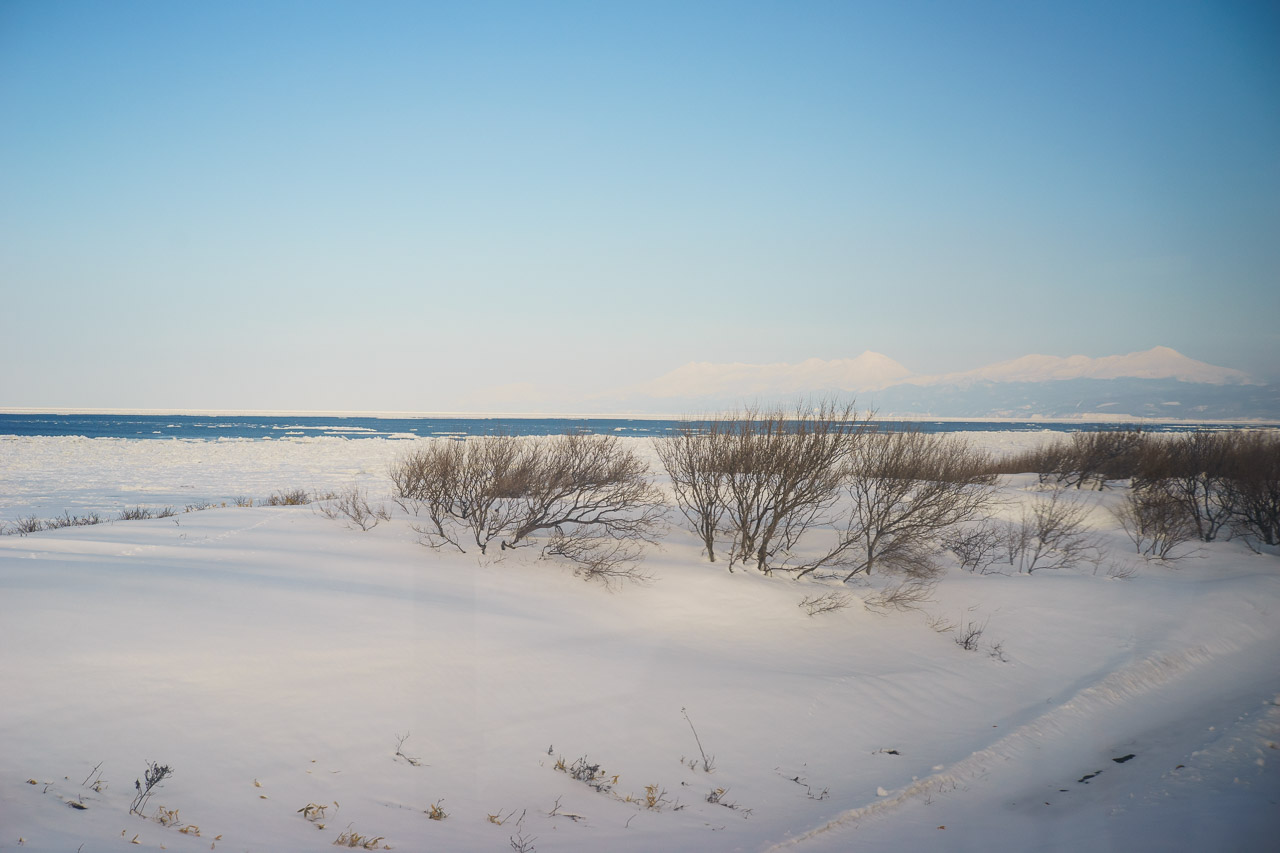 We arrived in Shiretoko-shari and still had some time to kill before boarding the bus, so we went to look around the (small) town. 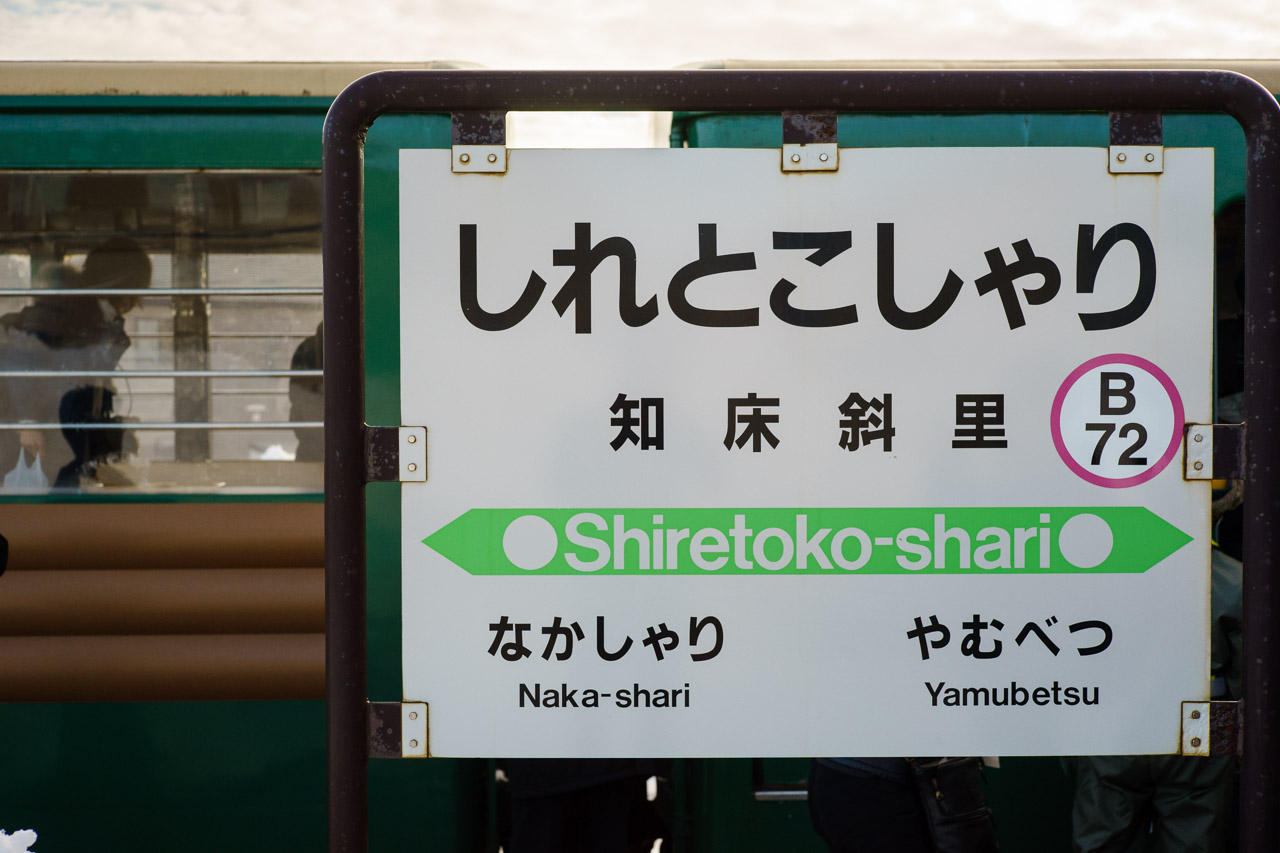 The Ryuhyu Norokko has its special diesel engine locomotive, which attracts many train lovers all over Japan :) 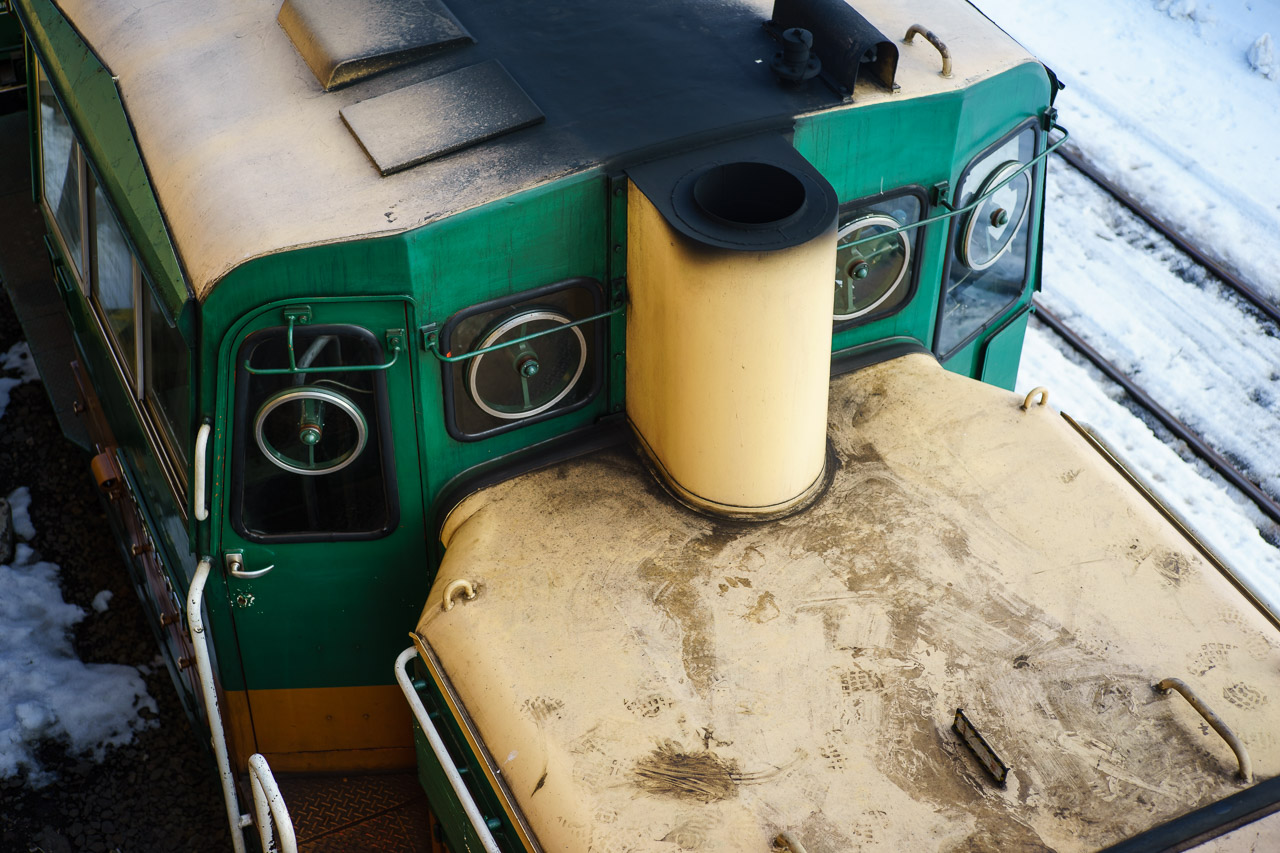 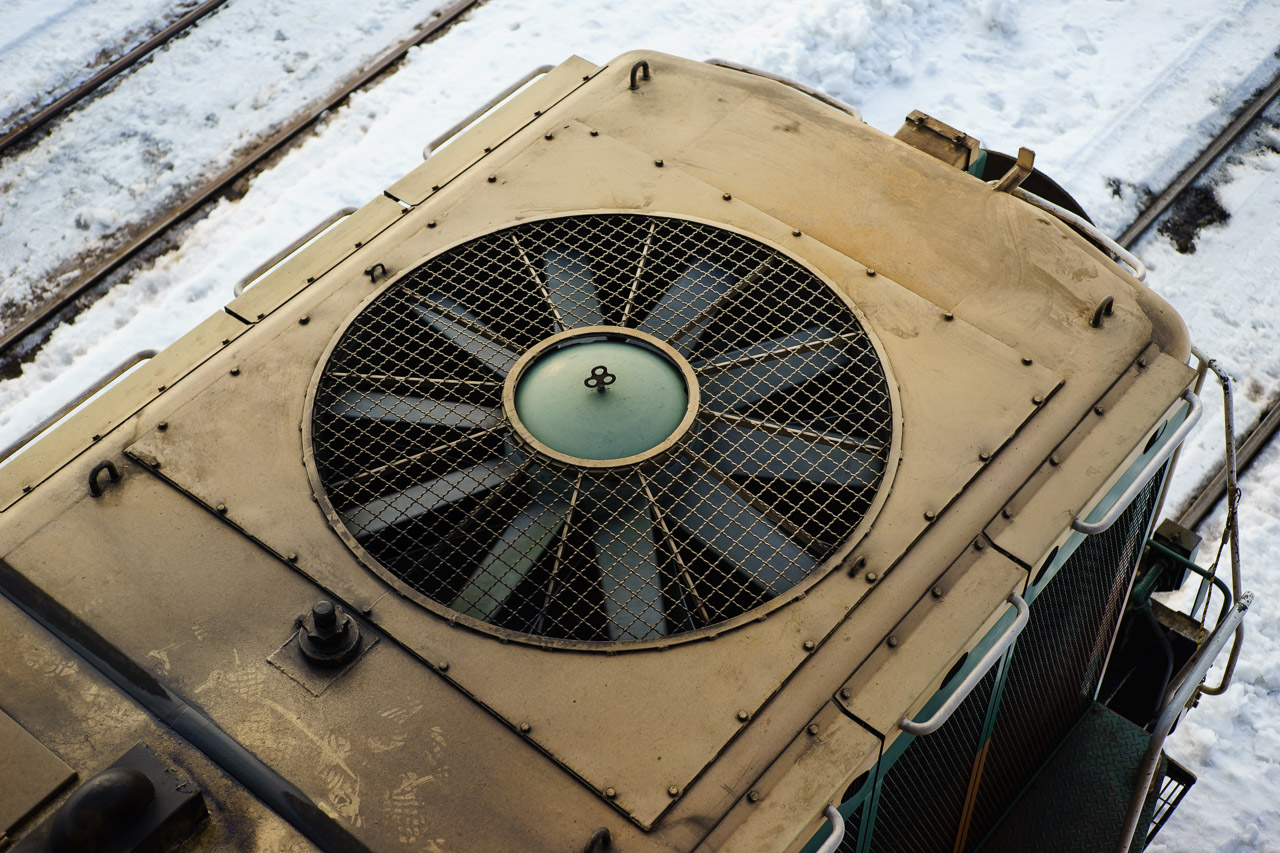 The town of Shiretoko-shari is a small town between mountains.. 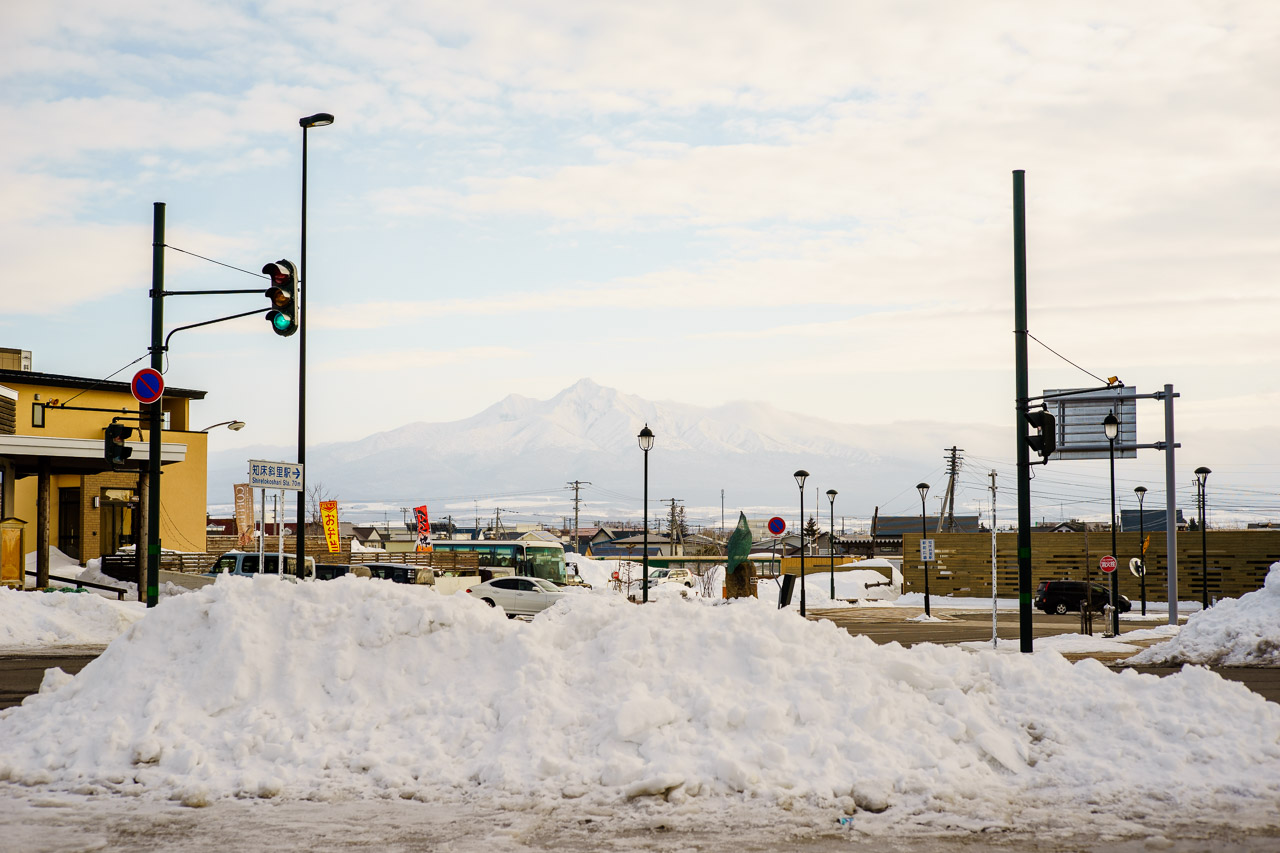 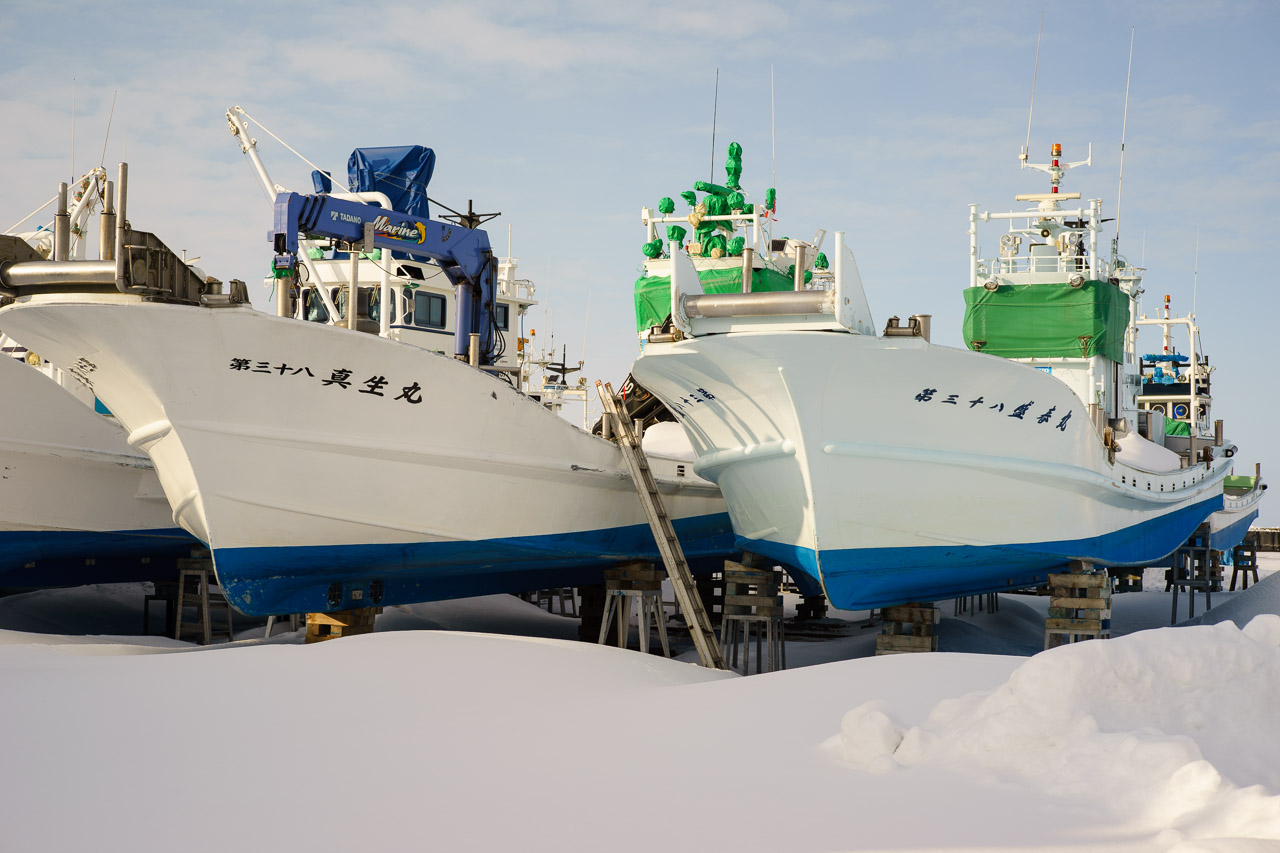 although the fishing boats didn’t seem to be in use during winter :p

The bus finally arrived and we headed over to Utoro, the largest town on the Shiretoko Peninsula. To view the sunset we climbed the Oronkoiwa Rock, right next to Utoro’s harbour. 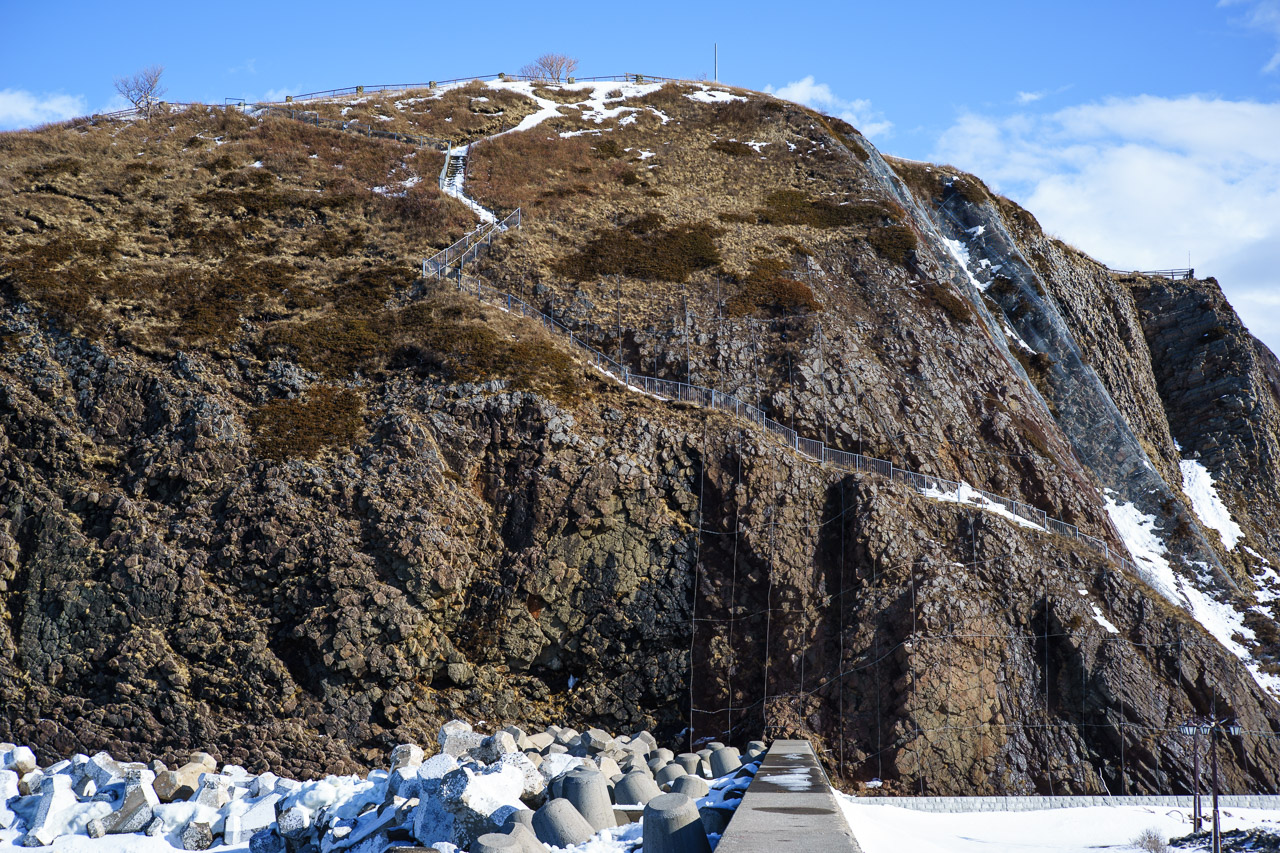 It was a little bit cloudy but we had a great, dim sunset! The view from Oronkoiwa was not bad either :) 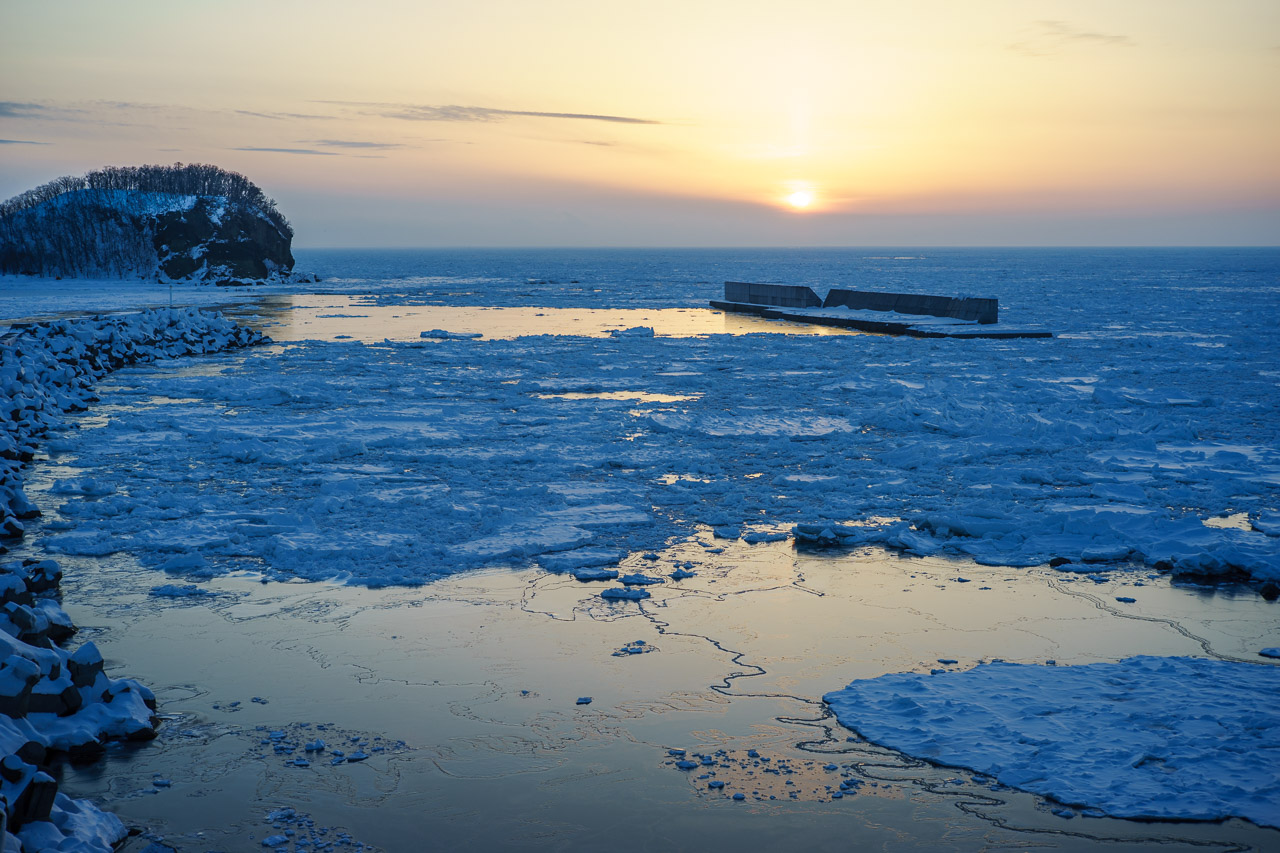 The drift ice did seem to continue on into infinity..
The view to the other side – the Shiretoko National Park – was pretty good as well! 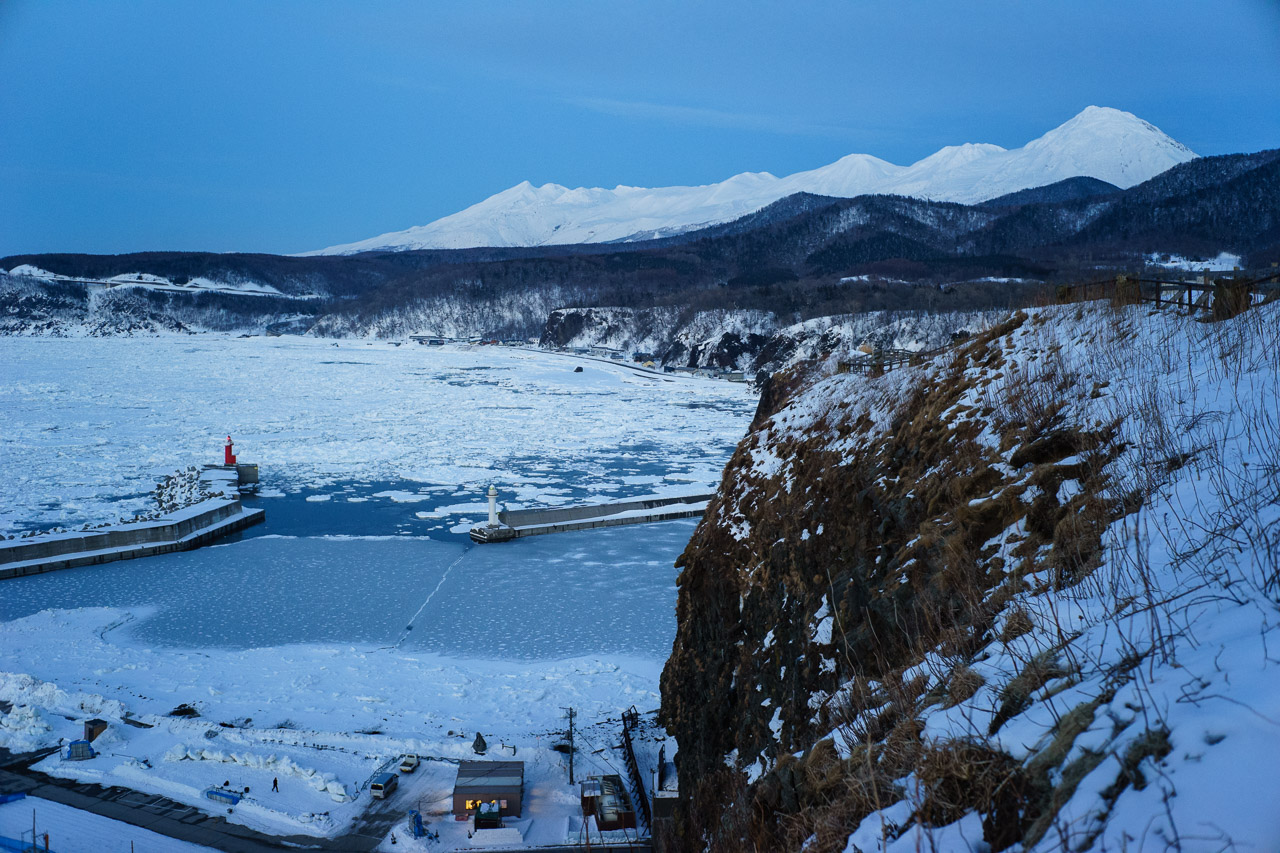 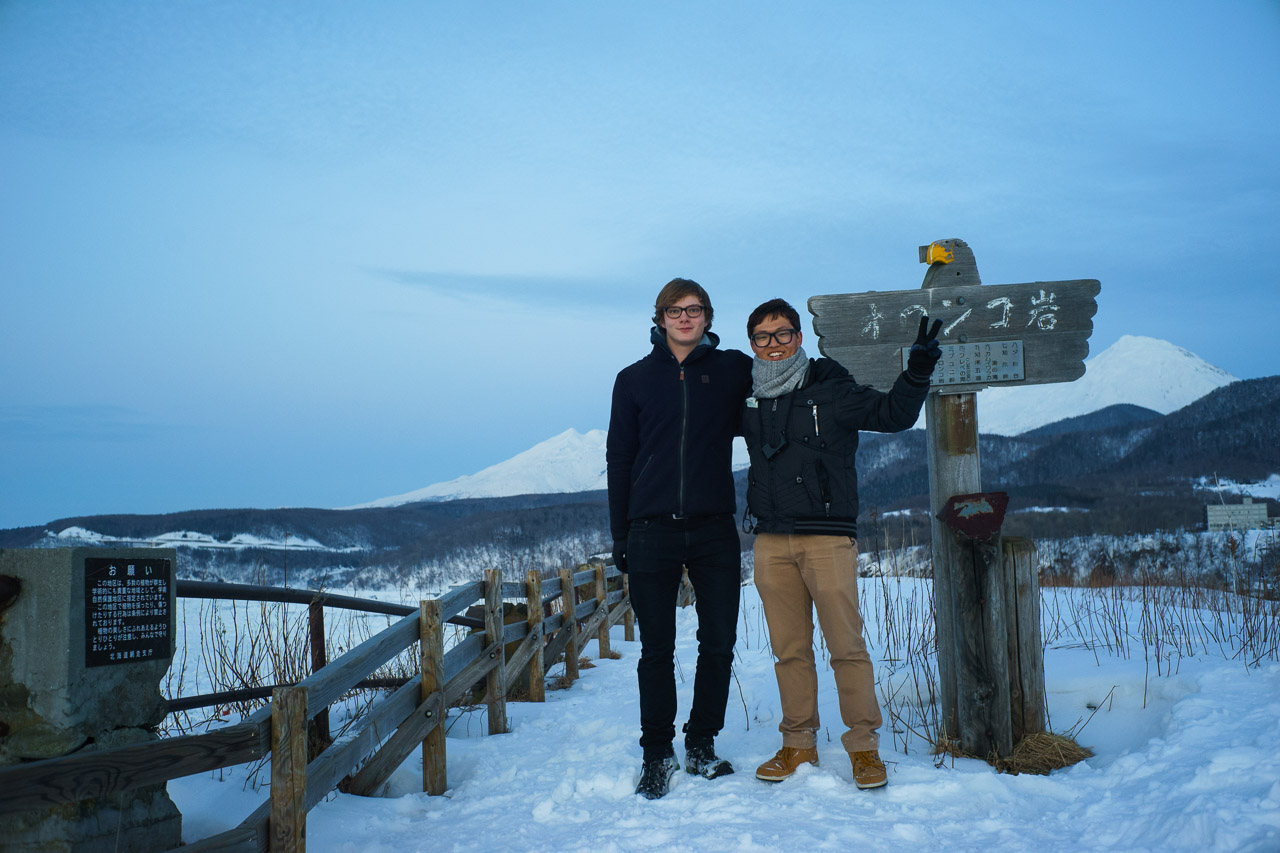 We went back to the place at which we were going to stay for the night. 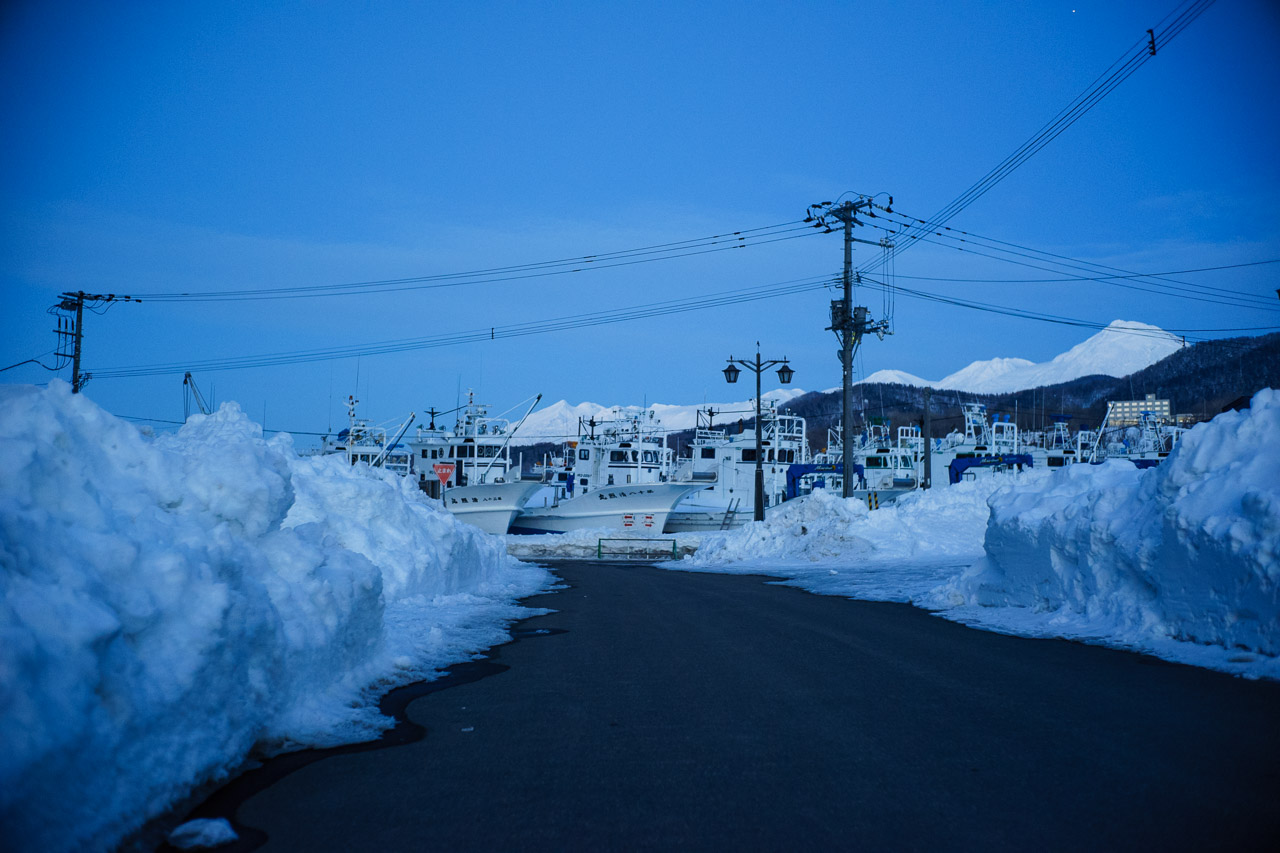 On the way back, we noticed some voices and music from the other side of the Uron Rock so we decided to check that out first. 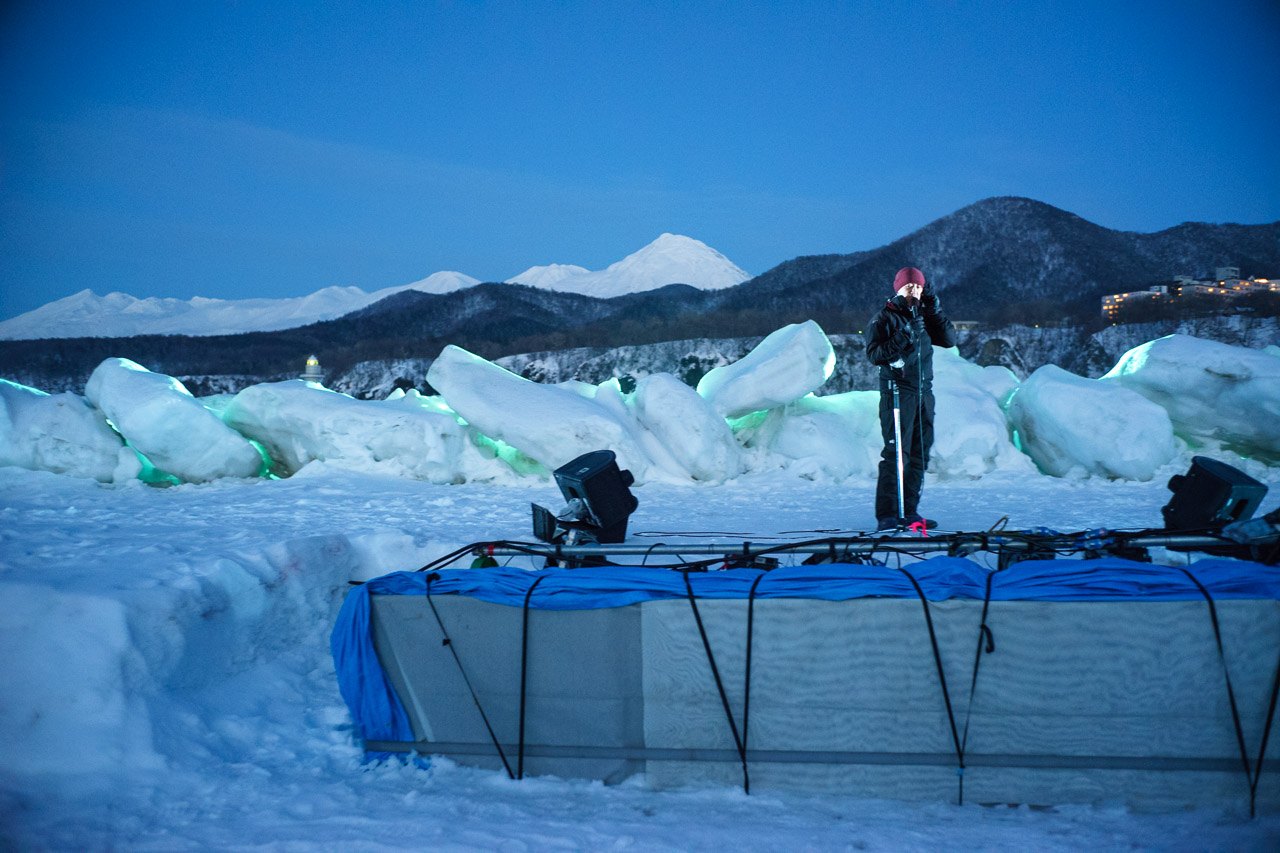 As it turns out, there was going to be a small live concert and a huge lightshow later that night. After dinner (which was amazing in taste and size, especially for what we paid) we went back there with two Japaense guys who stayed at the same place. 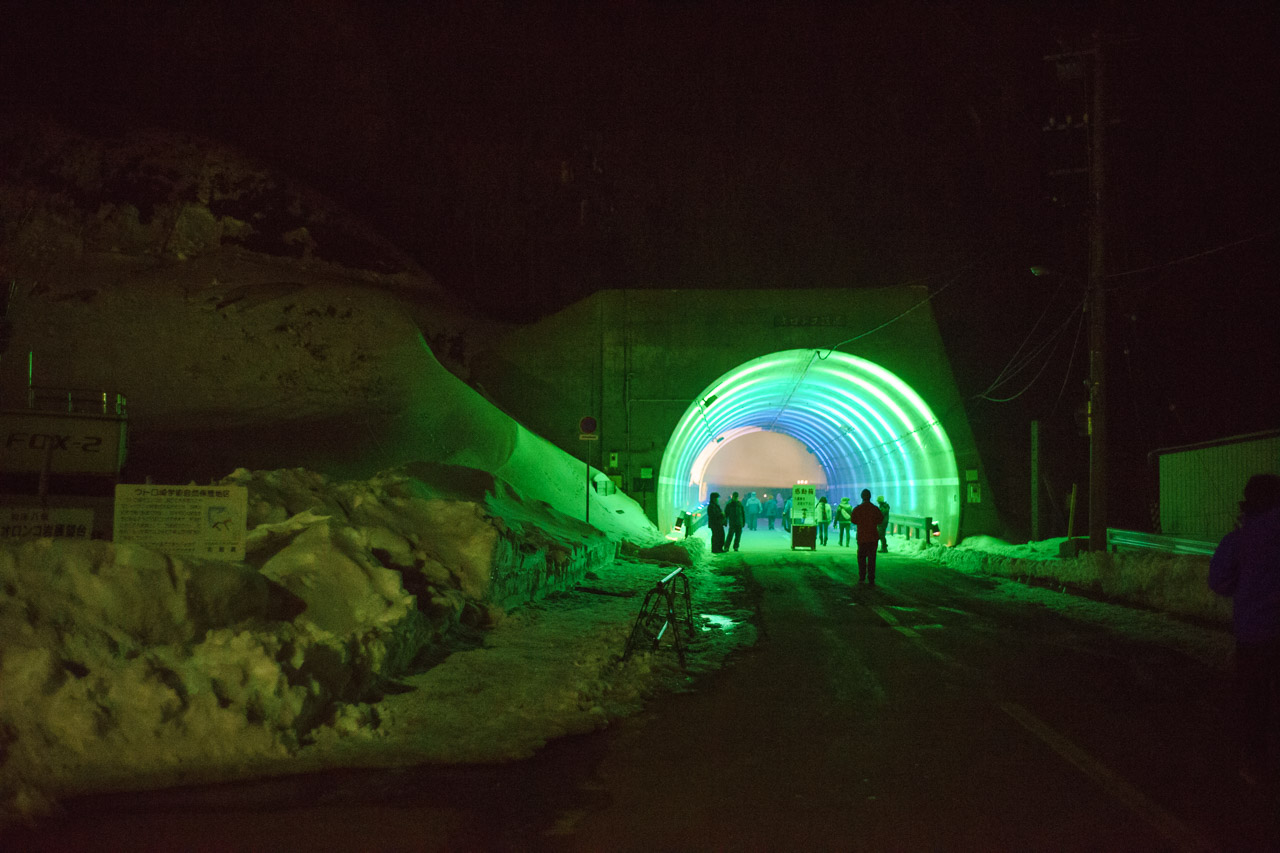 There were maybe around 150 people watching and free Cacao was handed out. 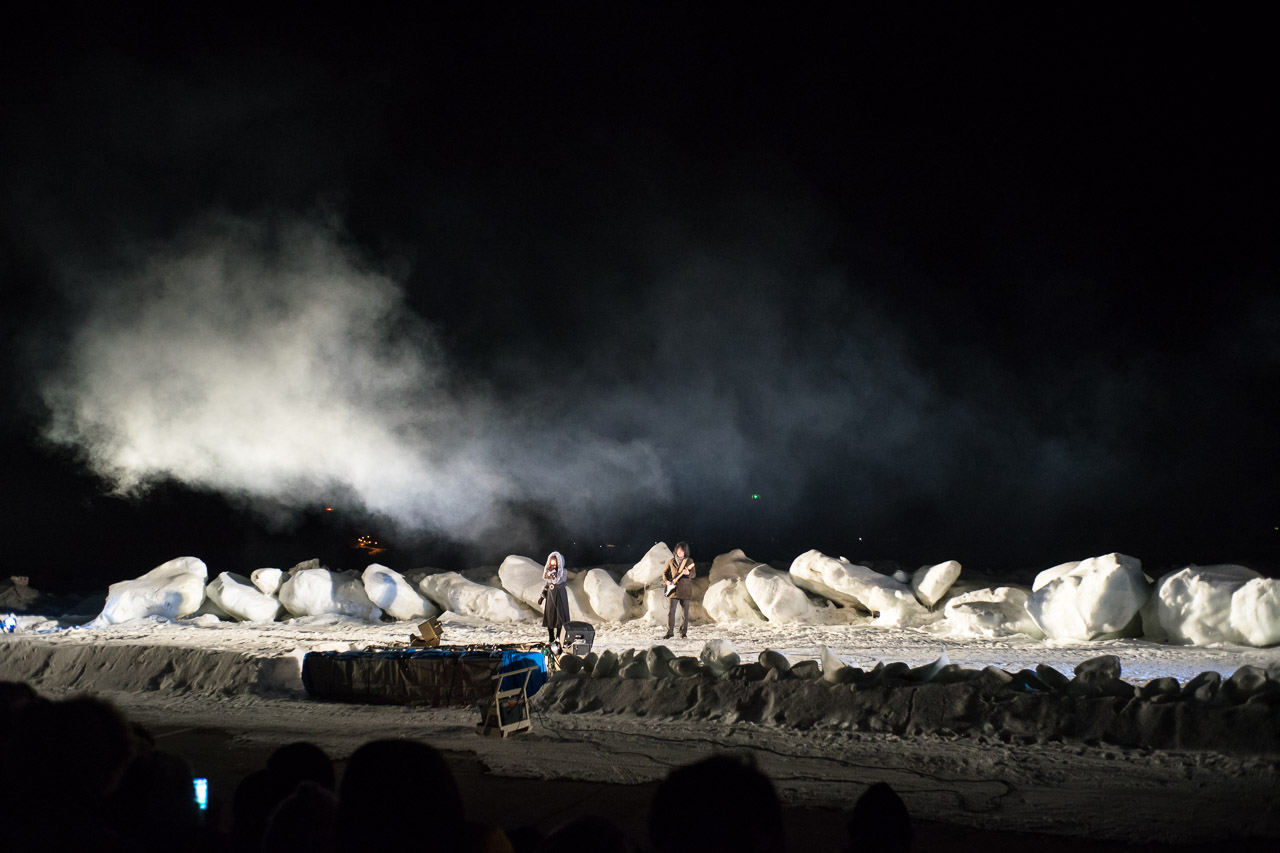 After the short concert, the light show (Aurora Fantasia – オローラファンタジア) began and was quite impressive! 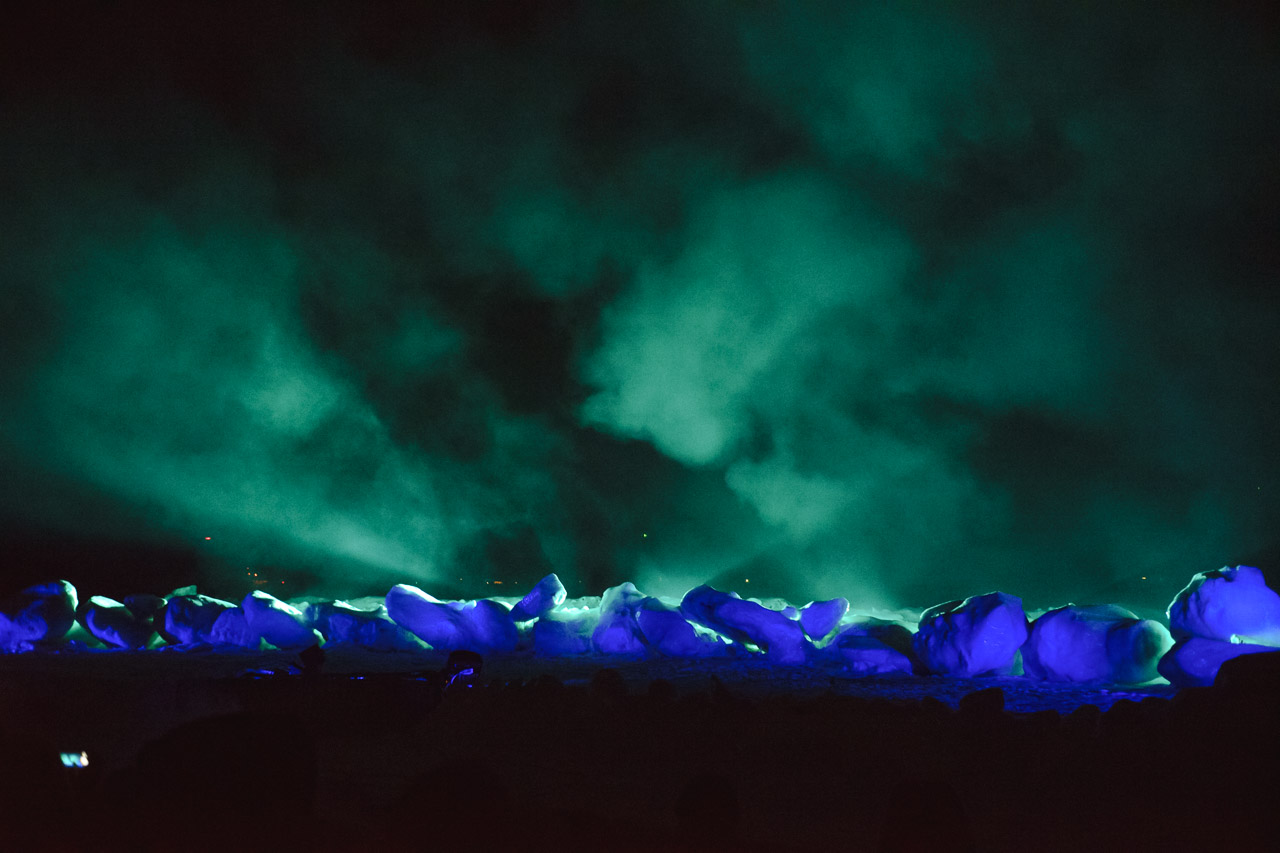 We finished the day at a close by Onsen!