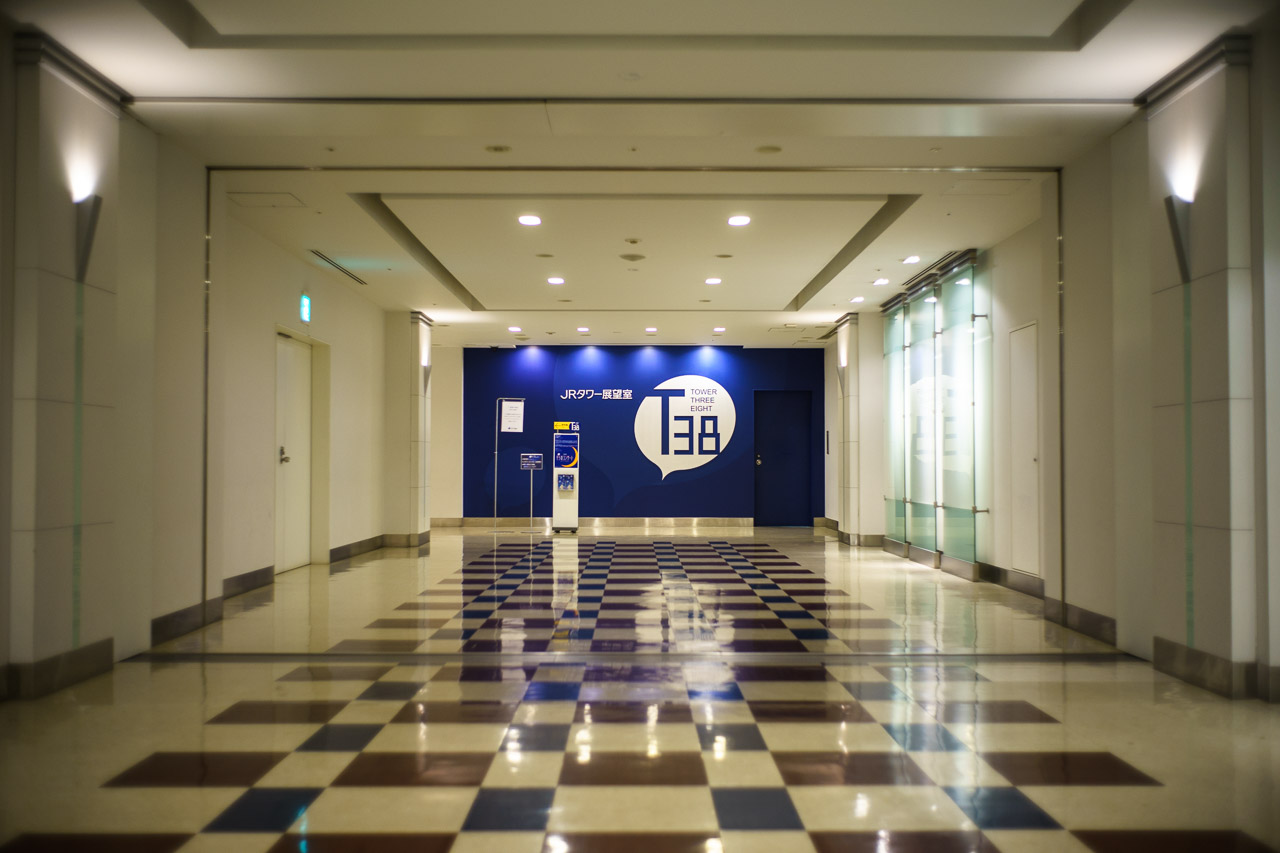 Since it has only been completed ‘recently’ in 2003, the interior is very modern looking. But more on that later. An elevator takes one to the 38th floor for 720yen (~5€). 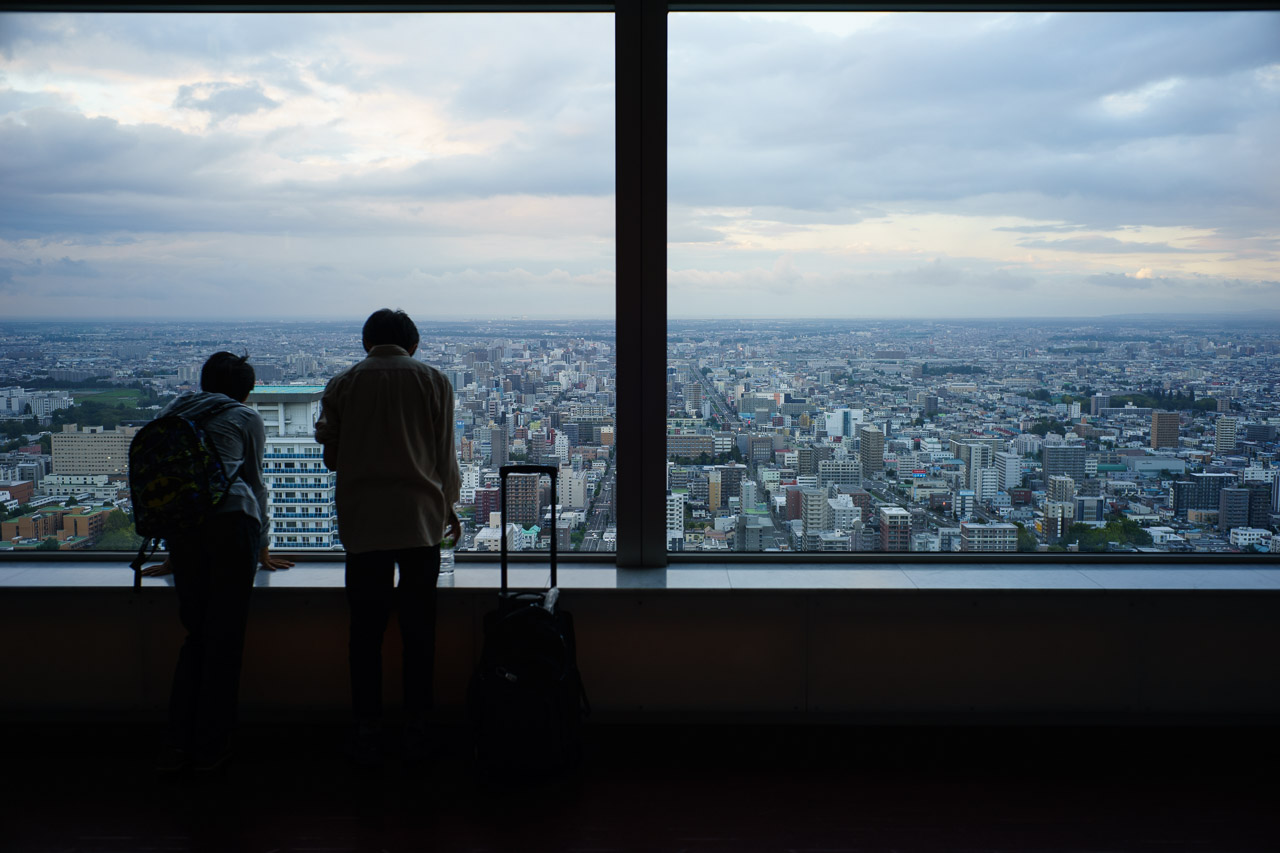 The view from the observatory floor is amazing! Even more so because there are only very few other high buildings in Sapporo. 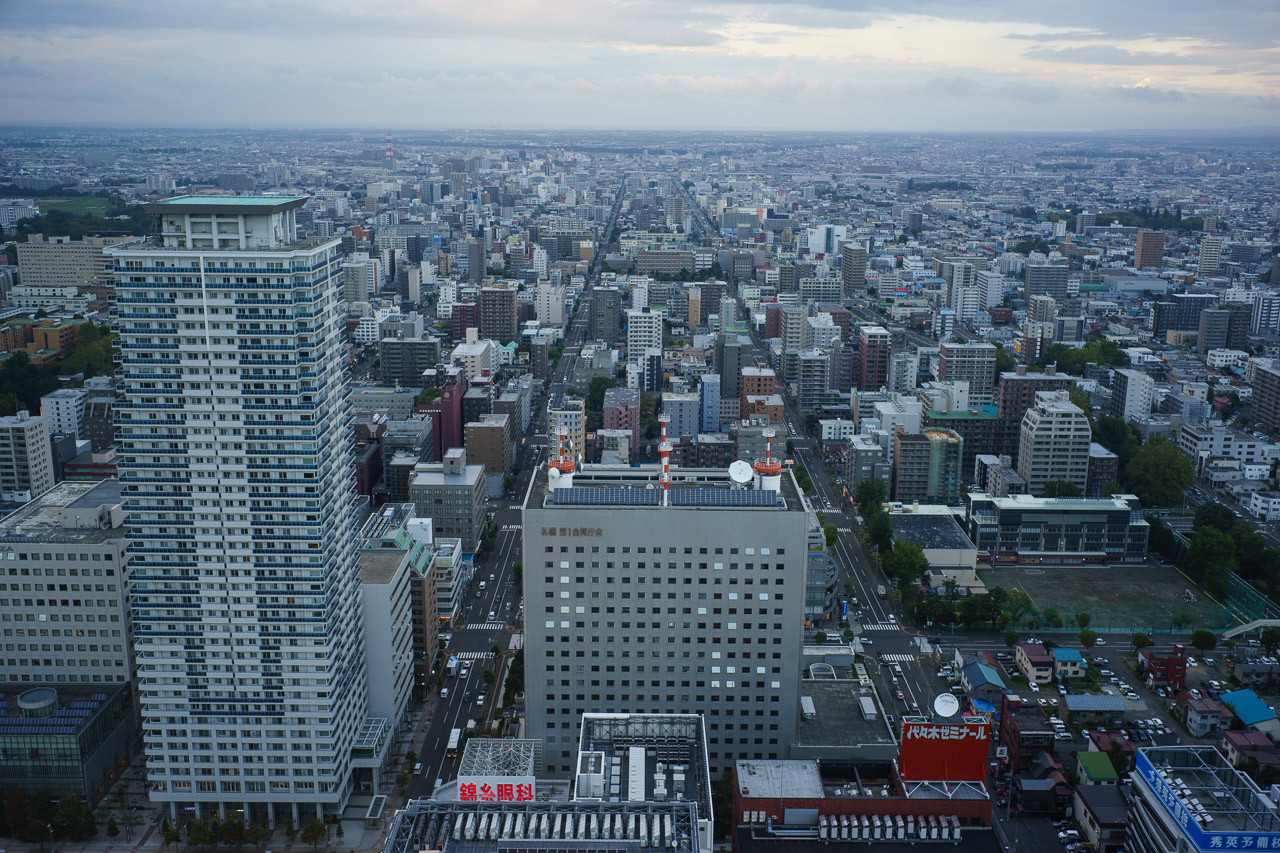 Above is the view towards the north. On clear days you can supposedly see the ocean and the harbour of Otaru. From this picture, you can clearly make out the grid like layout of Sapporo, probably like many US cities. While there is generally very little green, the Hokkaido University campus is definitely an exception (see below). 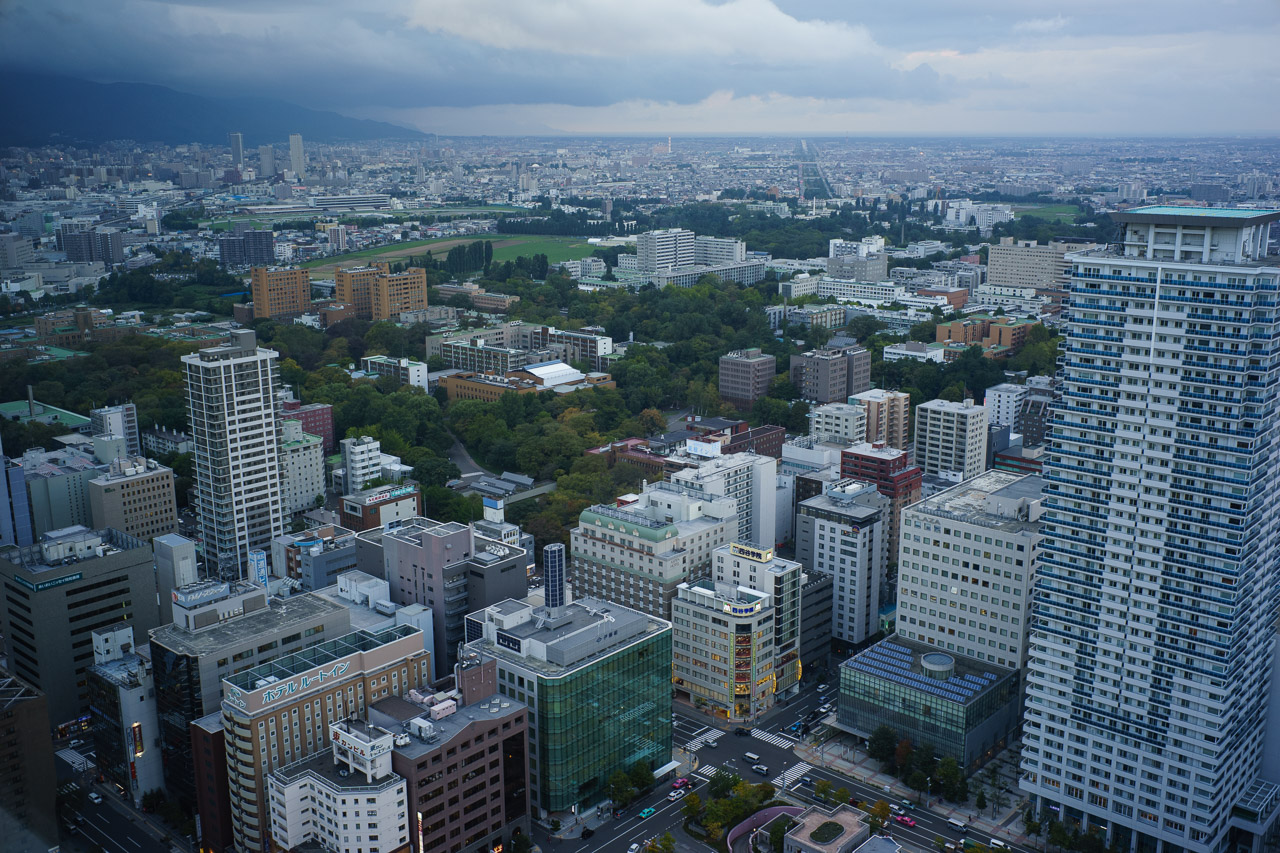 In the west, Sapporo is limited by surrounding mountains. 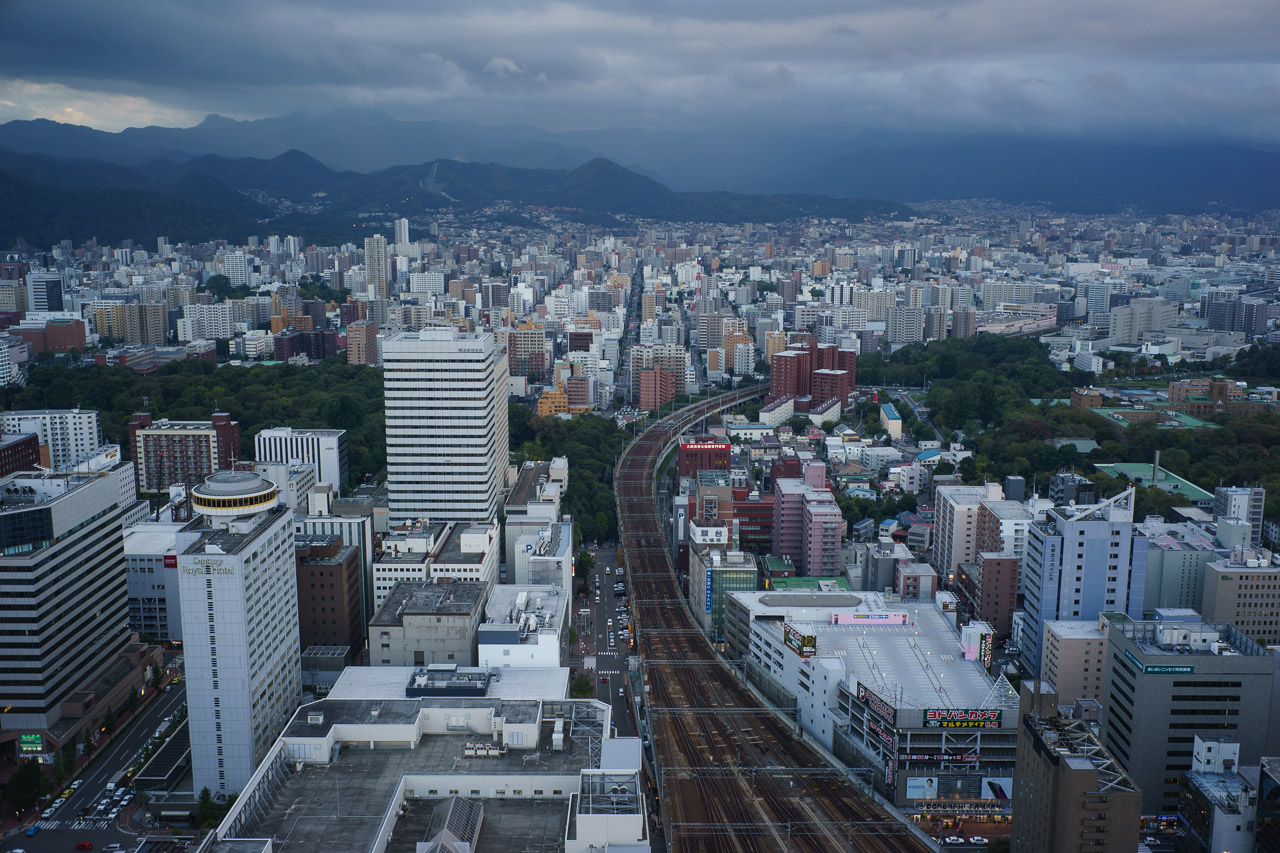 I tried to look for the building I am staying in, and actually found it. You can see it below, it is somewhat hidden by the tower on the right, but it’s the red, jagged building in the centre. 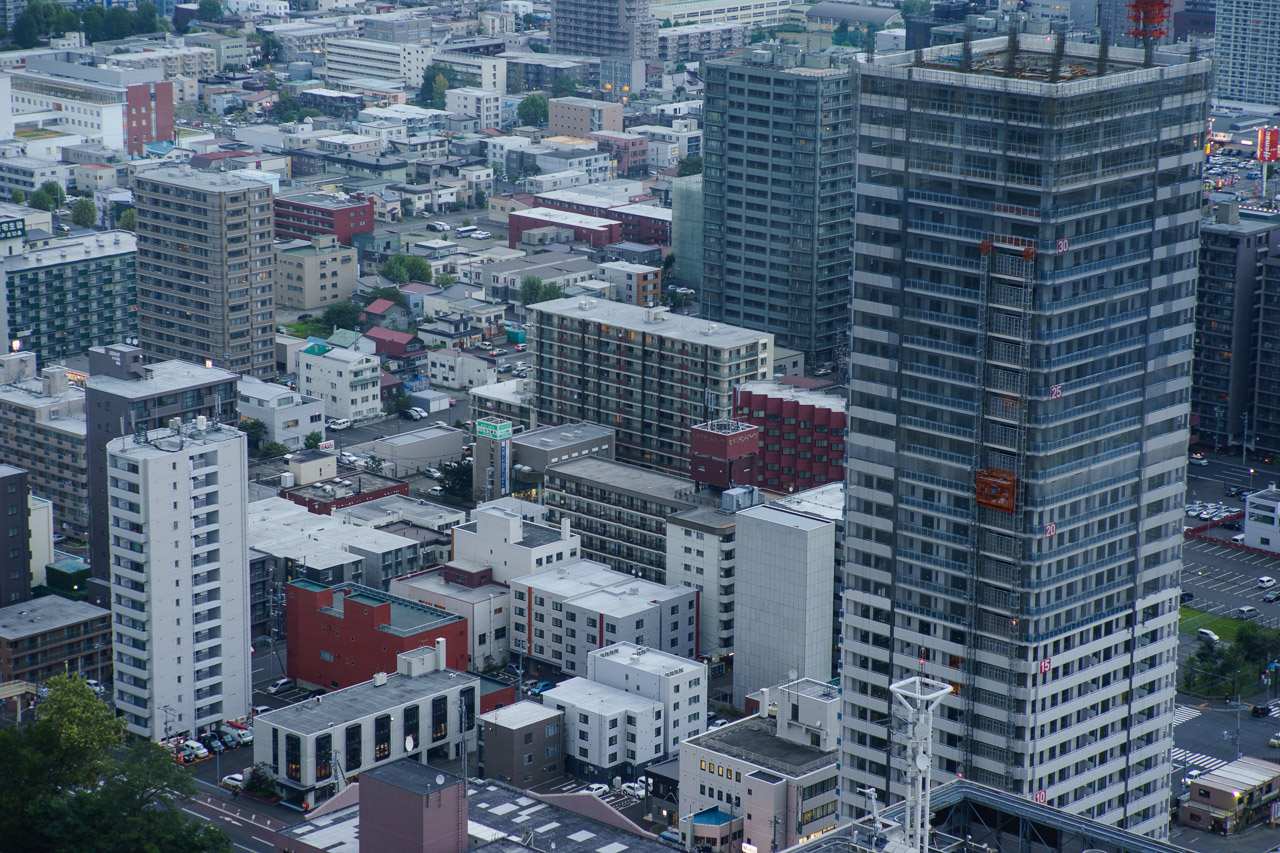 There was also currently a fest going on to support the people of Tohoku who were affected by the Great Earthquake in 2011. They sold local food & drinks and collected donations. 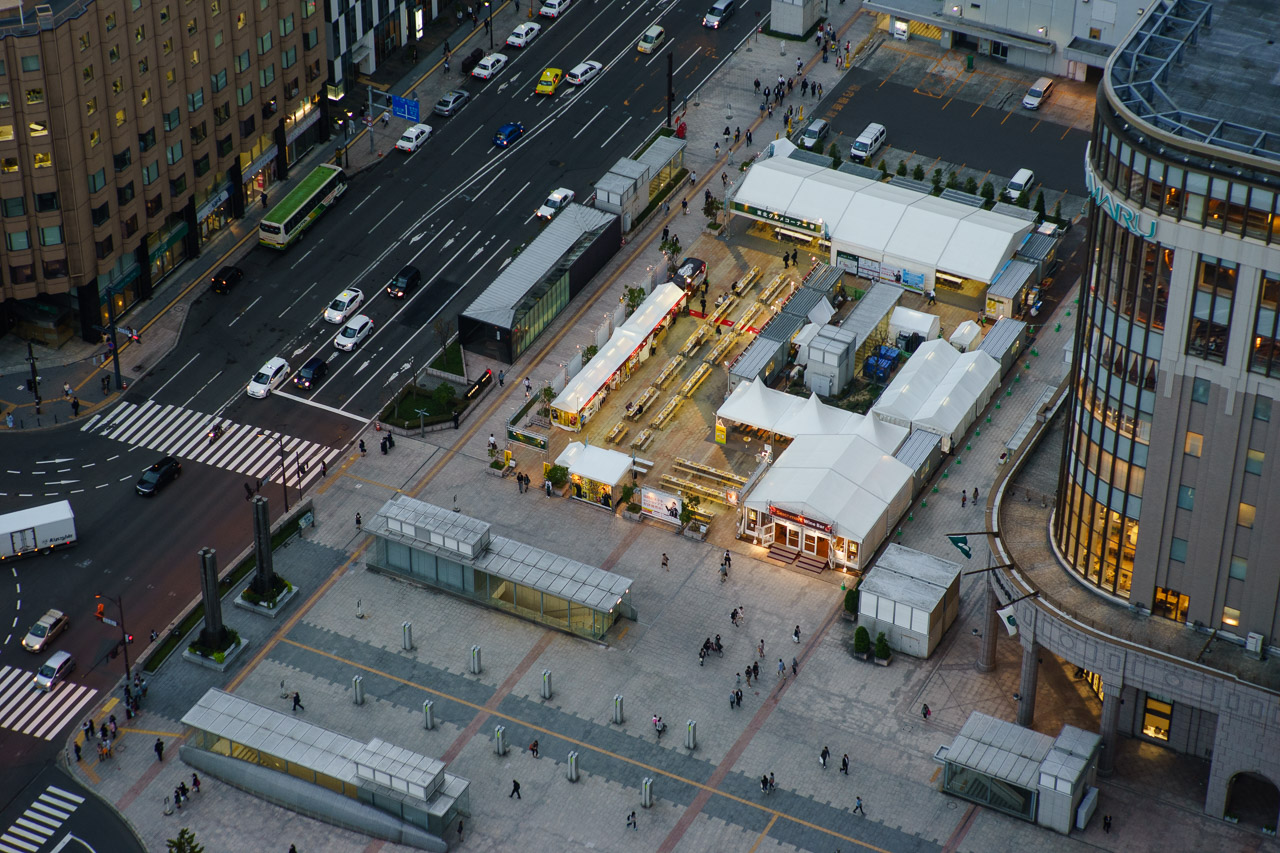 The layout of the observation floor in the JR Tower was really well thought out. The atmosphere was calm, with fitting music playing in the background. Many people came to read books, 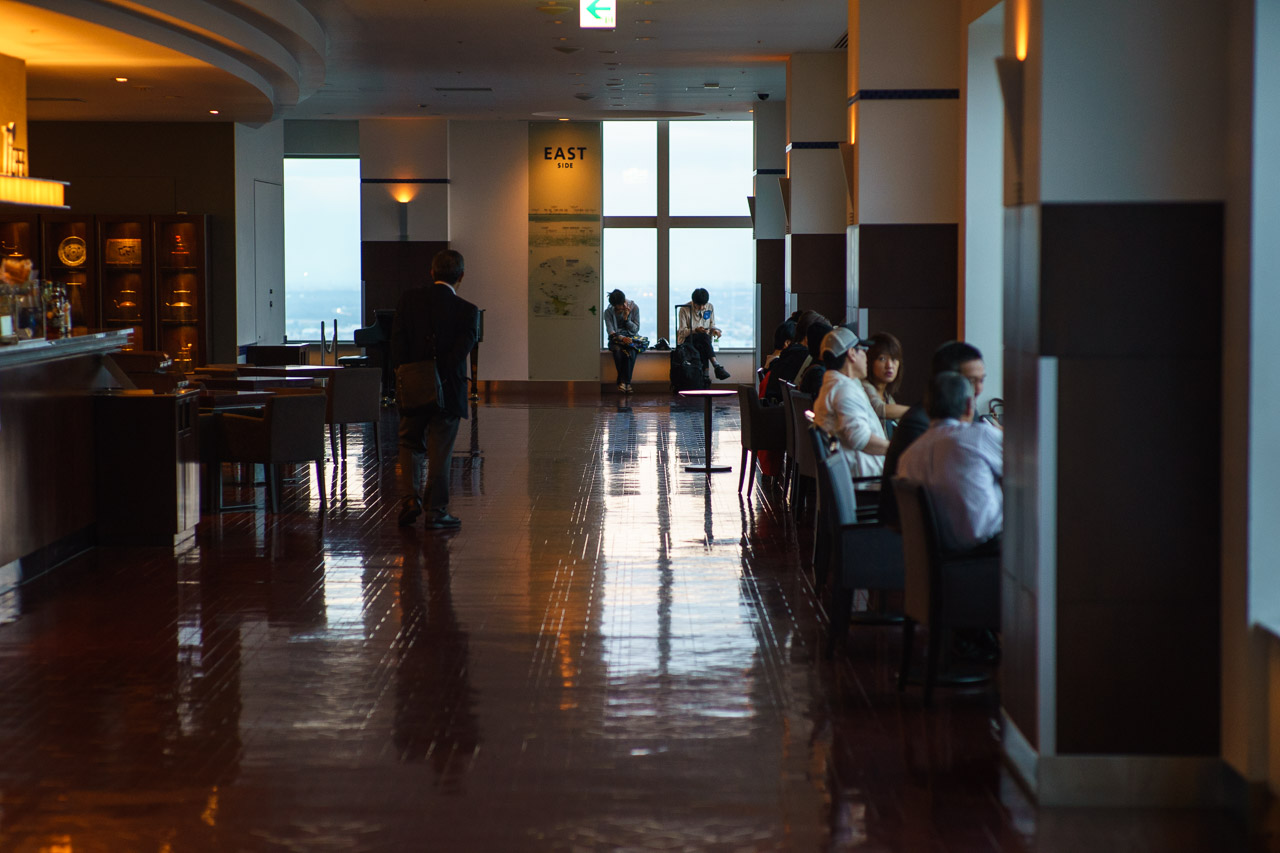 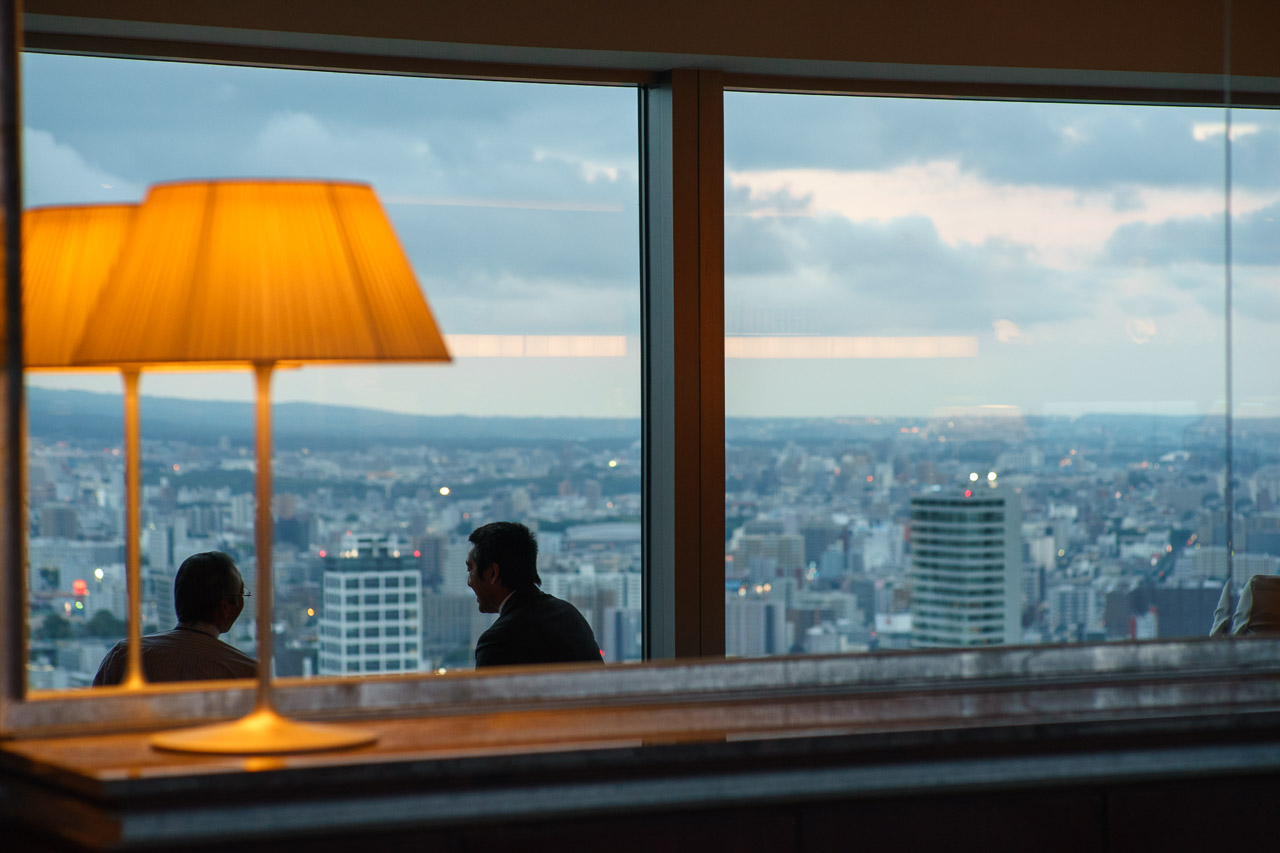 … Or just to enjoy the view. 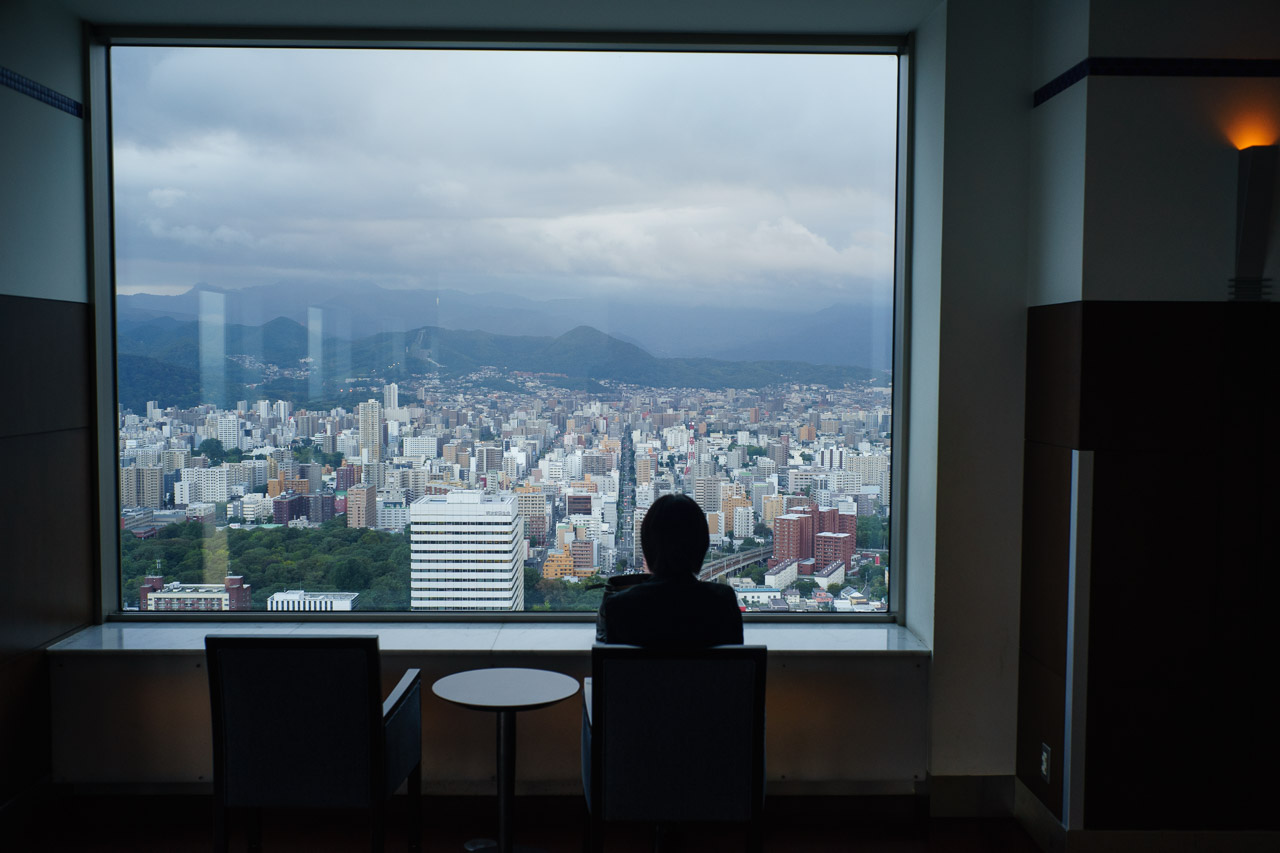 The bathrooms were carefully designed as well…

As the sun set, the lights were slowly dimmed so you were still able to look outside. By dimming the lights and using mostly indirect lighting, the reflections in the windows were minimal! 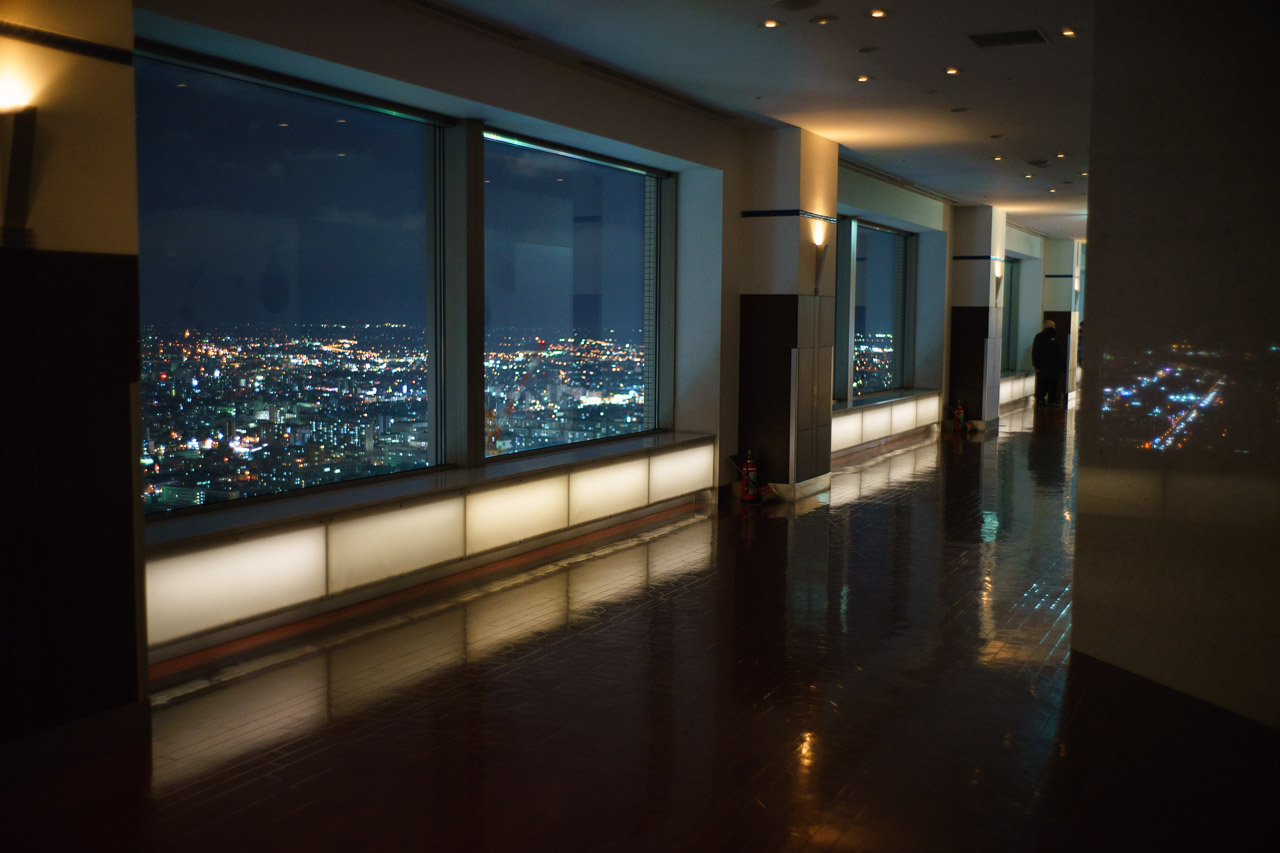 Sometimes, they even have live music… 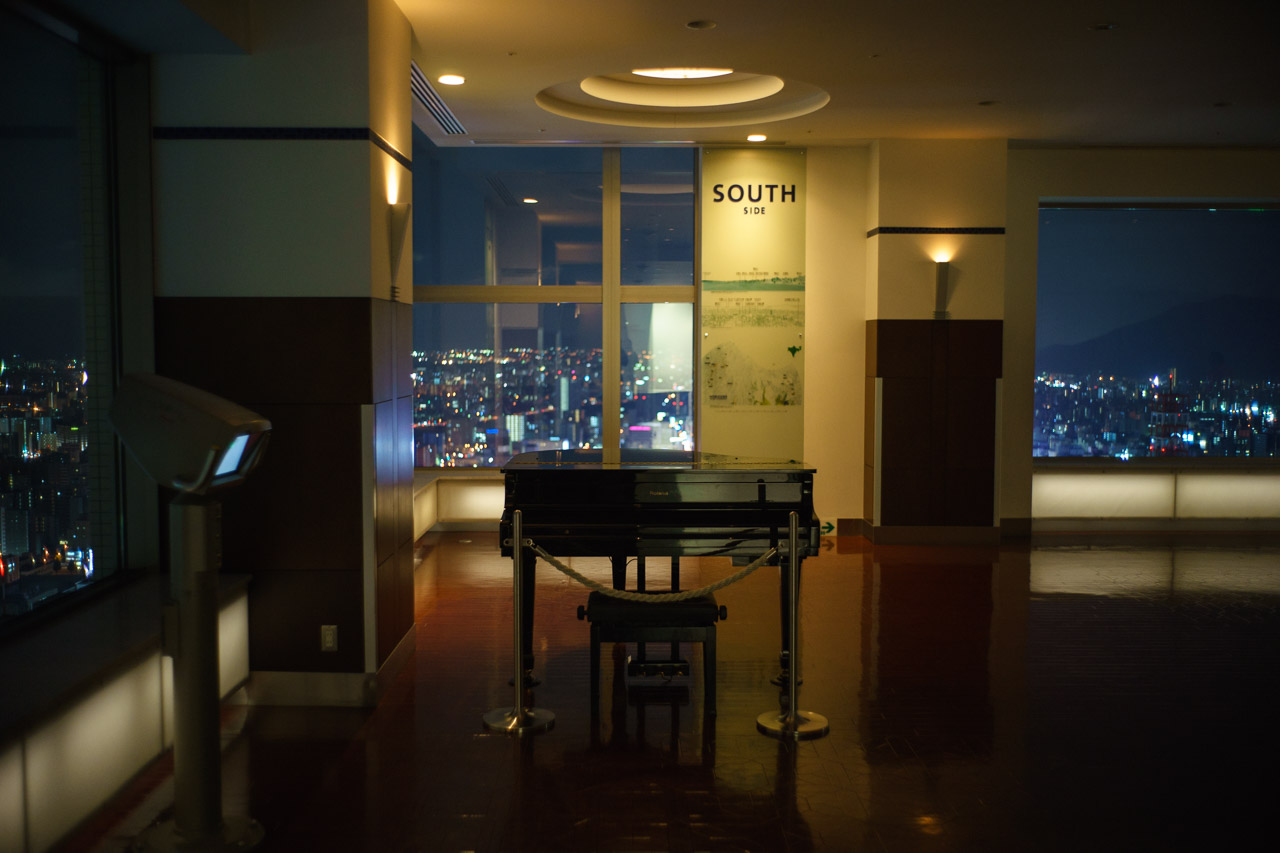 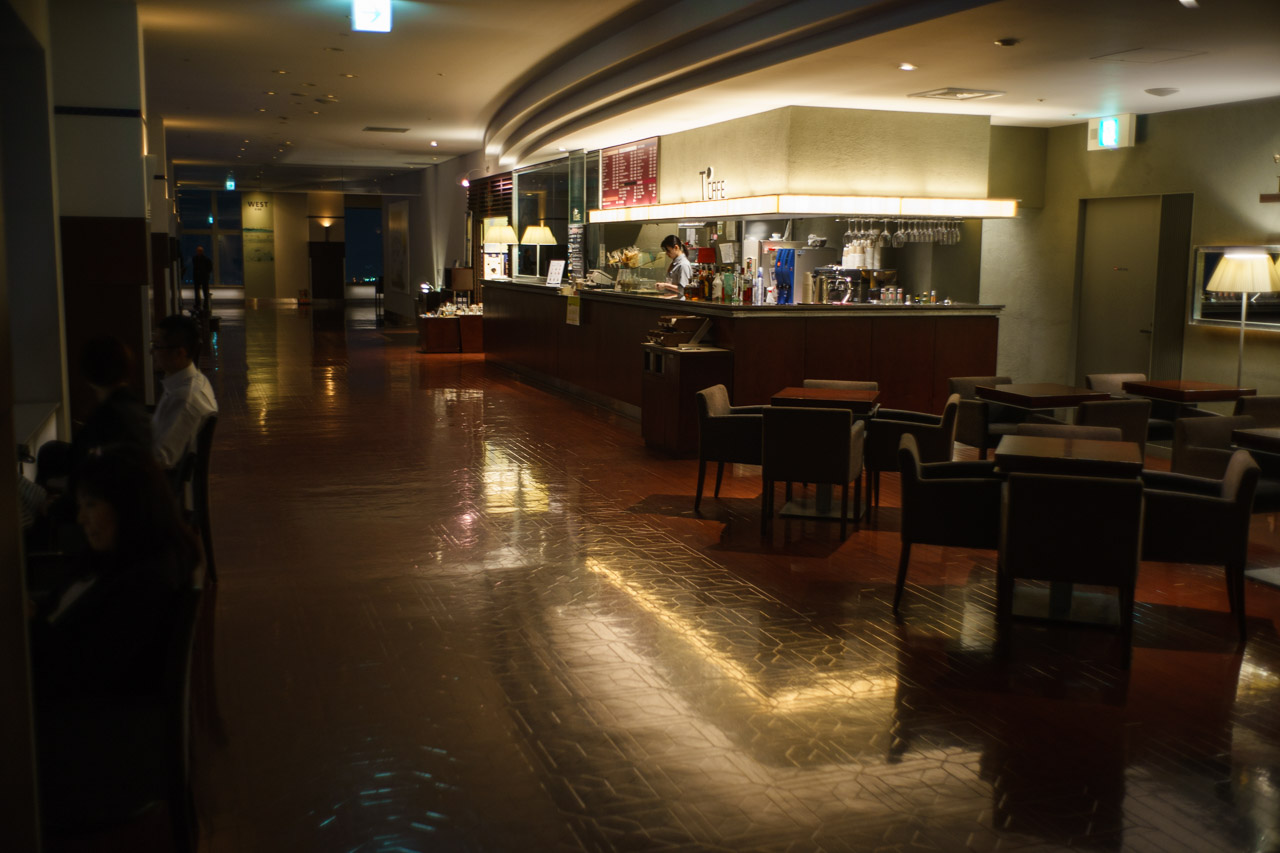 And that’s what the view during the night looks like! 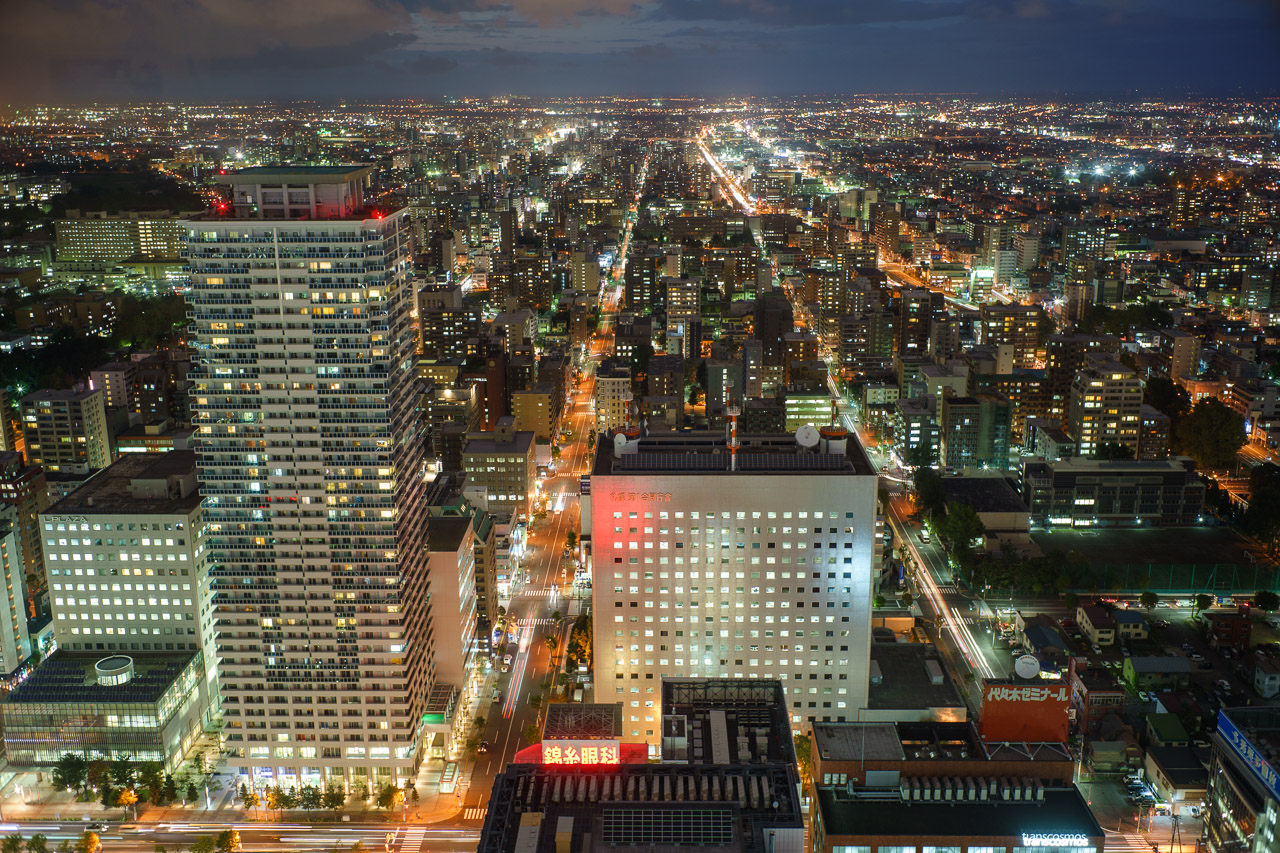 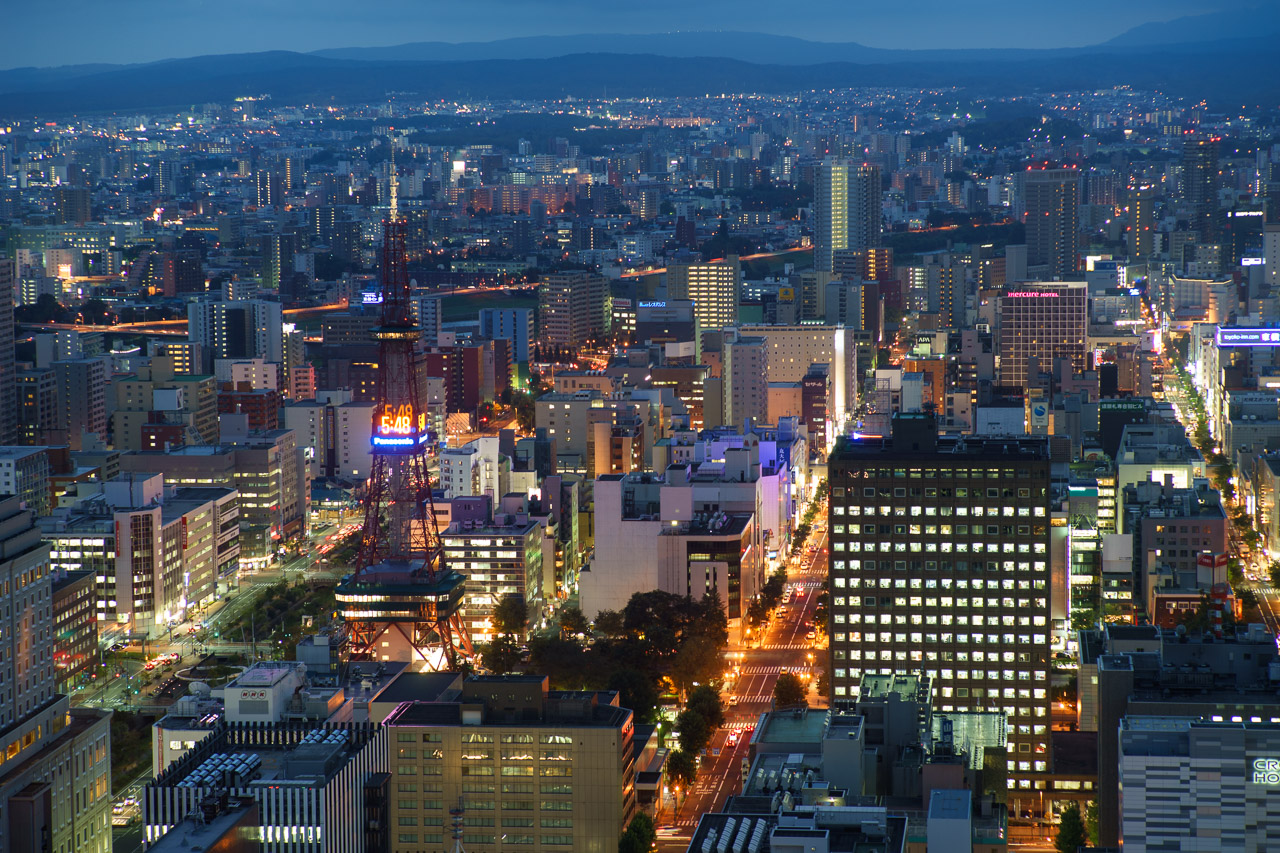 And a shot of me in the mirror 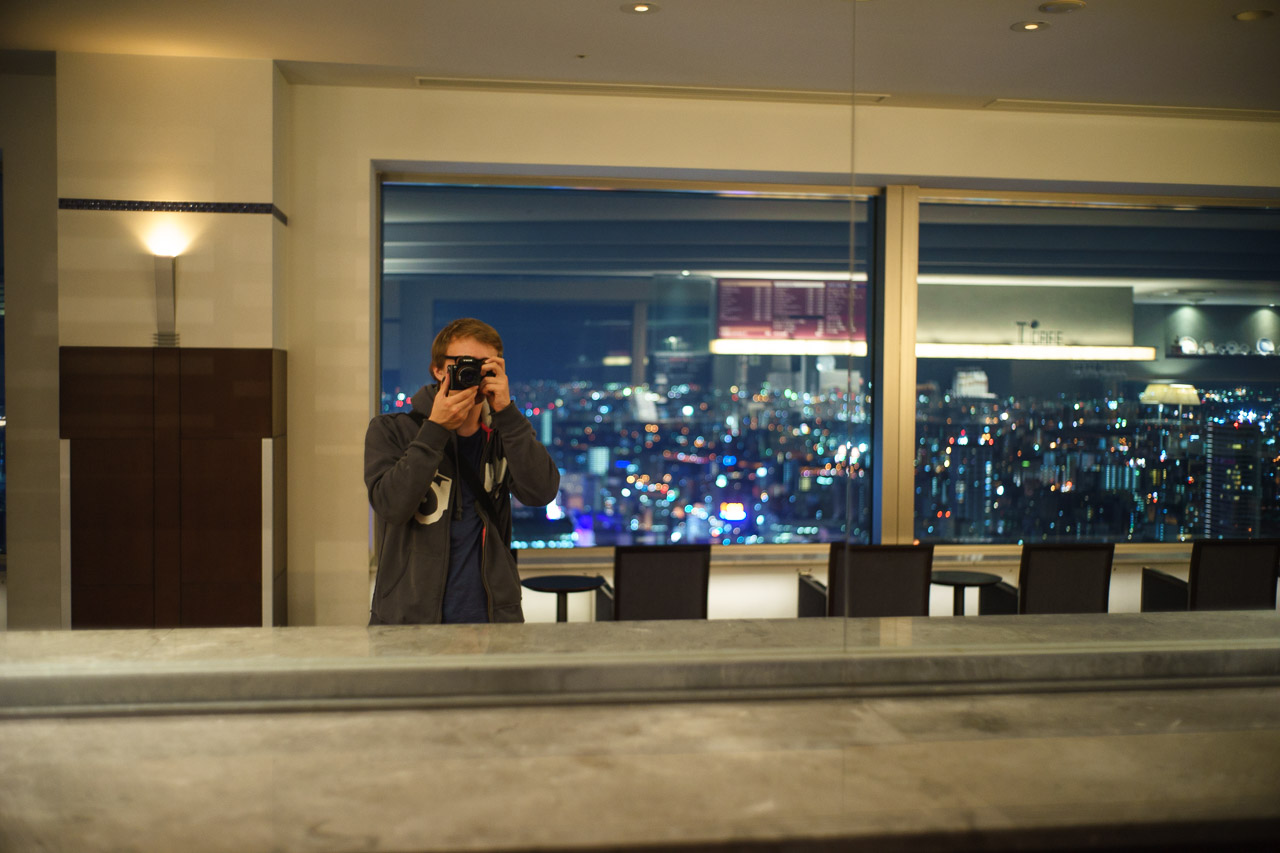