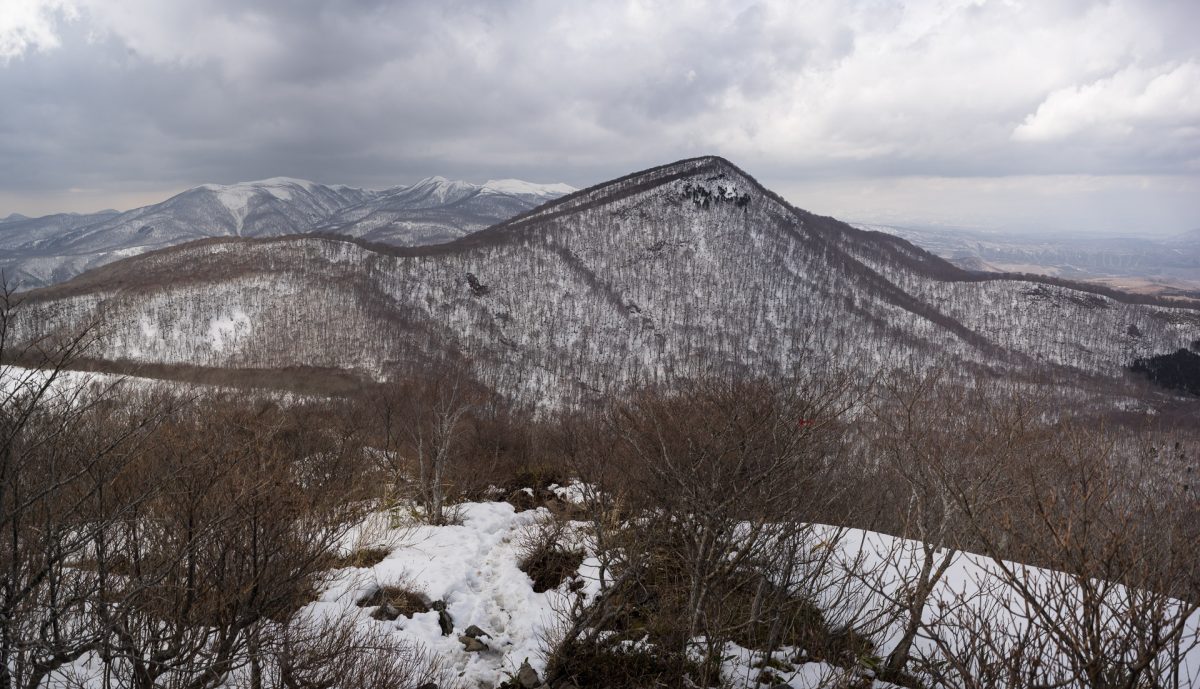 http://www.shizenfureaikan.jp/When I went at the beginning of April, there was some snow left on the lower slopes of the mountain. The trail itself is not at all demanding in a technical sense.

After about 1h20min I reached the summit (1172m). As I was hiking by myself though I didn’t take many breaks. At the summit I met a Neurosurgeon from Sendai who had hiked up the mountain at least 72 times already. He said he really enjoys this season for hiking because there are no crowds, it not warm nor cold and because there are no leaves on the trees the view was better. Can’t blame him!

From the summit I had a great view, however there was some bad-ish weather visible in the background…

From Izumigatake you can descend to 1060m and then climb the North Peak which is slightly higher at 1253m. I would highly recommend doing that, as the trail is quite beautiful with great views.

As it looked like there might be bad weather coming up, I decided not to cook my cup noodles on the summit but rather do it down at the Nature Centre should I have time.

All the intuition was of course wrong, as always and the sun came back out for the descend…

Nevertheless, after arriving at the Nature Centre of Izumigatake I still had 20mins to kill so I boiled some water for the highly anticipated cup noodles.

Thanks for stopping by today – as always, if you have any questions feel free to ask :)

You can also check out my other hikes in the Tohoku region of Japan here: http://nimar-blume.de/blog/tag/tohoku/